Willie Thorne, one of snooker’s most charismatic and recognisable figures, has died at the age of 66.

Thorne was diagnosed with leukaemia in March this year and spent several weeks battling the illness. Last week he was taken to hospital with low blood pressure, before suffering respiratory failure and being placed into an induced coma. He passed away on Wednesday morning.

His carer Julie O’Neill wrote: “It is with a very heavy and broken heart that I have to officially announce that at 1.55am this morning Willie Thorne lost his battle and passed away! Willie went into septic shock and was not responding to any treatment so the decision was made by the hospital to turn off the machines

“I was with him all the way to his end and reading out messages to him from people. He passed away very peacefully and without pain listening to his children saying they love him. That gives me some comfort in this difficult time.”

As a player, Leicester’s Thorne enjoyed his hey-day during the snooker boom of the 1980s. He won his only ranking title, The Classic, in 1985, beating Cliff Thorburn in the final. The following year he edged out Steve Davis 10-9 in the final of the invitational Matchroom Trophy.

Thorne might have beaten Davis in the final of the 1985 UK Championship but for a crucial missed blue when leading 13-8. Davis fought back to win 16-14.

In 1977 he played in the first World Championship at the Crucible, as the youngest player in the draw at the age of 23. He went on to compete at the Crucible 19 times, reaching the quarter-finals in 1982 and 1986. Thorne was ranked as high as seventh and spent 20 years among the top 32. 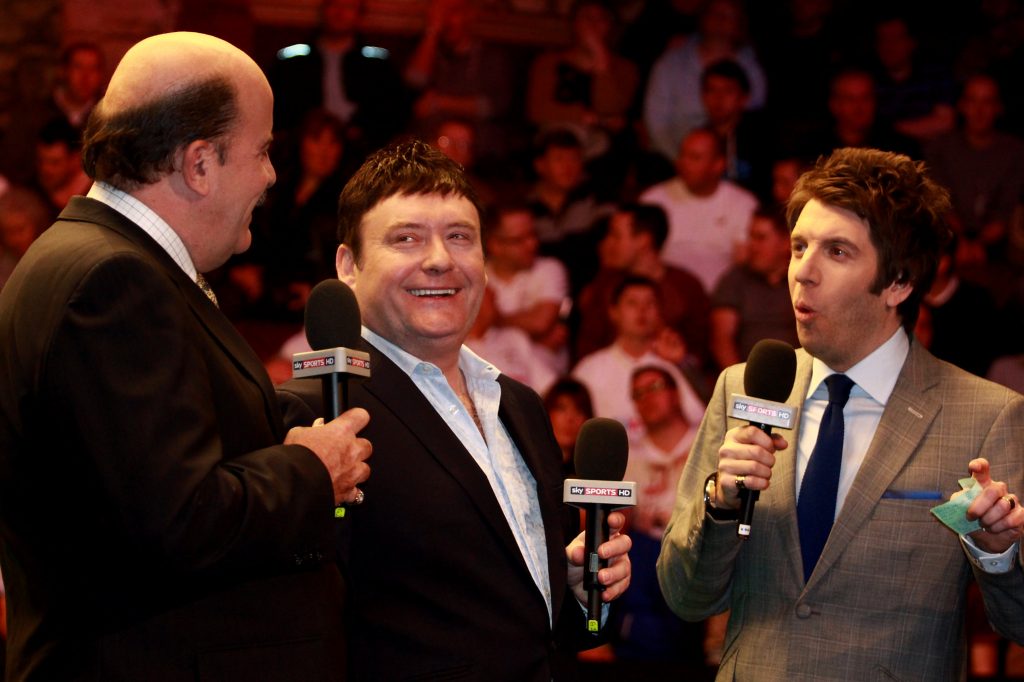 Willie shares a joke with Jimmy White and Andy Goldstein

His gregarious nature made him one of the snooker-loving public’s favourite characters as the sport thrived. He was a member of the Matchroom Mob which reached number six in the charts with Snooker Loopy in 1986. ‘Now old Willie Thorne, his hair’s all gone’ began the verse about him, in reference to his distinctive shining bald palate.

Thorne was well known for his trick shot routine and ability to entertain crowds, which made him popular on the exhibition circuit.

He only made one official 147 – at the 1987 UK Championship – but was the self-styled Mr Maximum for making regular perfect breaks in practice. 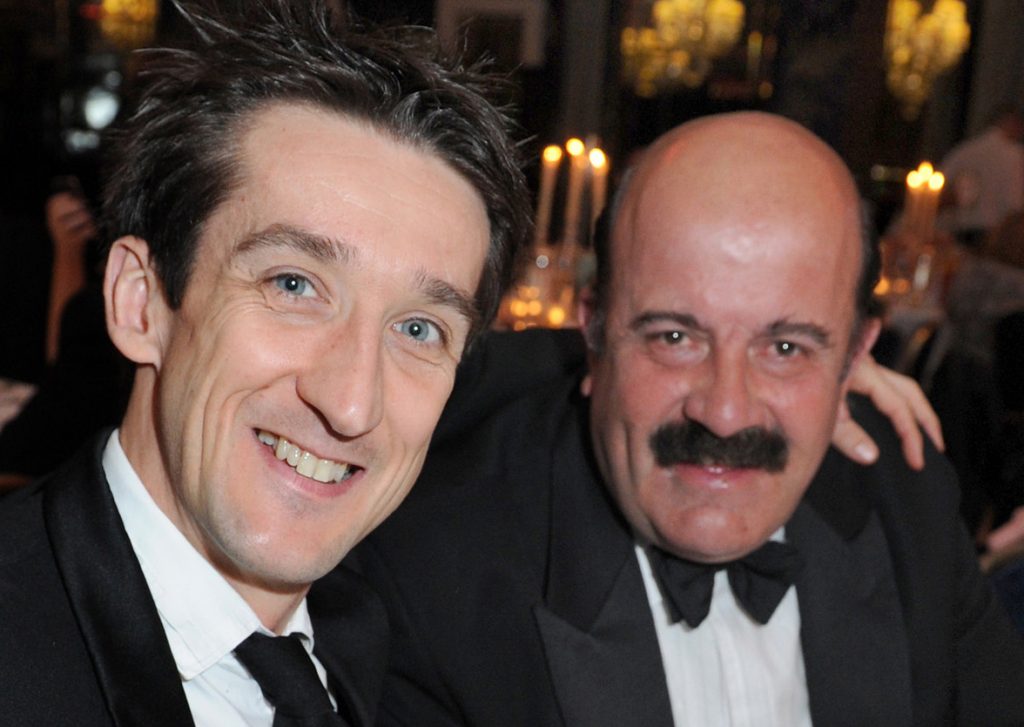 Never short of words, he was a natural television commentator, and first worked behind the mic in the mid-1980s. A regular in the box for the BBC for over 30 years, he also commentated for ITV and Sky, becoming a familiar voice for many millions of fans.

Thorne also made a very significant contribution to snooker’s grassroots as he owned a club in Leicester, run by his late brother Malcolm, which hosted junior tournaments. Stars of today including Mark Selby, Shaun Murphy and Judd Trump cut their teeth by playing regular events there.

Away from snooker, Thorne was always popular among his peers for his wit and sociable nature. But addiction to gambling cast a dark shadow over his life which he was never able to escape. In a 2015 interview with This Morning, alongside wife Jill, he broke down as he discussed his gambling debts.

His many friends in snooker will no doubt prefer to remember Thorne for the happier times. As Dennis Taylor put it: “We laughed our way around the world for 45 years.”

WST Chairman Barry Hearn said: “I had the pleasure of managing the Great WT as part of the Matchroom team in the 1980s. He was a larger than life personality and he was a major part of the rebirth of snooker at that time. It’s so sad to hear he has passed away and our thoughts are with his family.”

WPBSA Chairman Jason Ferguson added: “Willie was an ever-colourful character on the scene when I first joined the tour as a player and during my time as an administrator. He was a huge personality within our sport who took his public-facing role very seriously and will be sorely missed by so many in snooker. My thoughts are with his family and close friends at this sad time.”