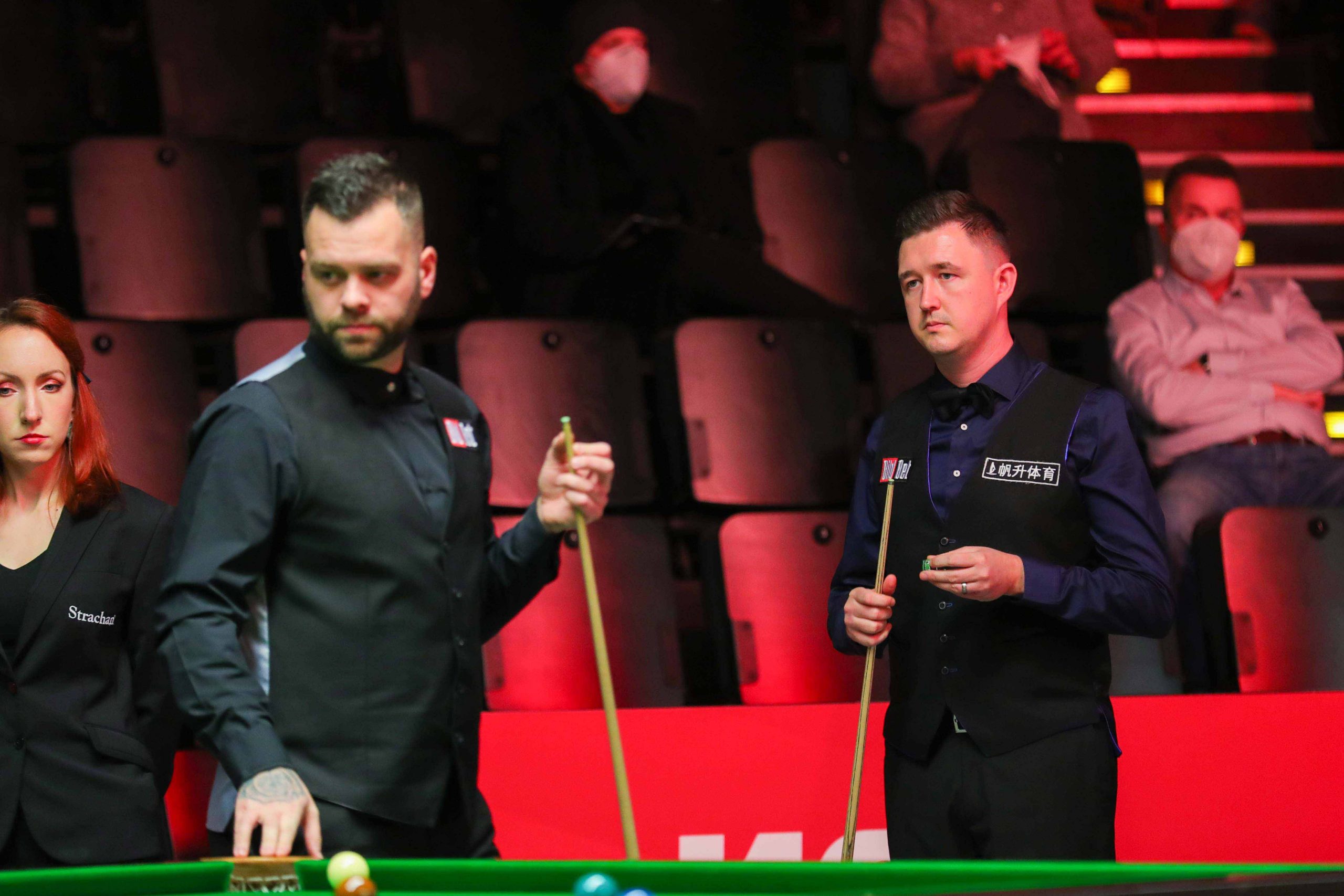 Kyren Wilson is off to a winning start in Berlin after a 5-1 defeat of Jimmy Robertson at the BildBet German Masters. He later admitted he has an extra incentive for success to honour his former manager Brandon Parker, who sadly passed away in 2020.

Parker, who was a WST Director, took the German Masters to the Tempodrom when it was first staged there in 2011. Since then enthusiastic crowds have regularly hit the 2,500 mark and the event has become a highlight on the snooker calendar. As a result, the German Masters trophy was named after Parker.

Wilson won the 2019 German Masters after beating David Gilbert 9-7 in an enthralling title match. It was the last time he lifted ranking event silverware with Parker by his side.

This year’s tournament is the first trip to Berlin since the 2020 edition. The coronavirus pandemic forced proceedings behind closed doors in Milton Keynes 12 months ago.

The Warrior produced an inspired display this evening to ease into the last 16. Kettering’s Wilson fired in breaks of 58, 64, 94 and 117 on his way to victory in just under an hour and 45 minutes. He now faces either Michael Georgiou or Craig Steadman as he continues his quest for the Brandon Parker Trophy.

“I know that his wife Charlotte is coming over and presenting the trophy. I would love to be the person she is presenting that to. It is really important to make sure he is remembered for this tournament, because we are very lucky to have it,” said 30-year-old Wilson.

“It was really tough walking through the venue actually. There is a dressing room near the player’s lounge and I can remember speaking to Brandon in there before my final with Dave. He was talking me through how to keep calm. I actually went in there today to put my bow tie on in the mirror and realised that is one of my most cherished memories of him. It is great to be back here and have the fans back. I really hope that Brandon’s name his echoed around the arena this week.” 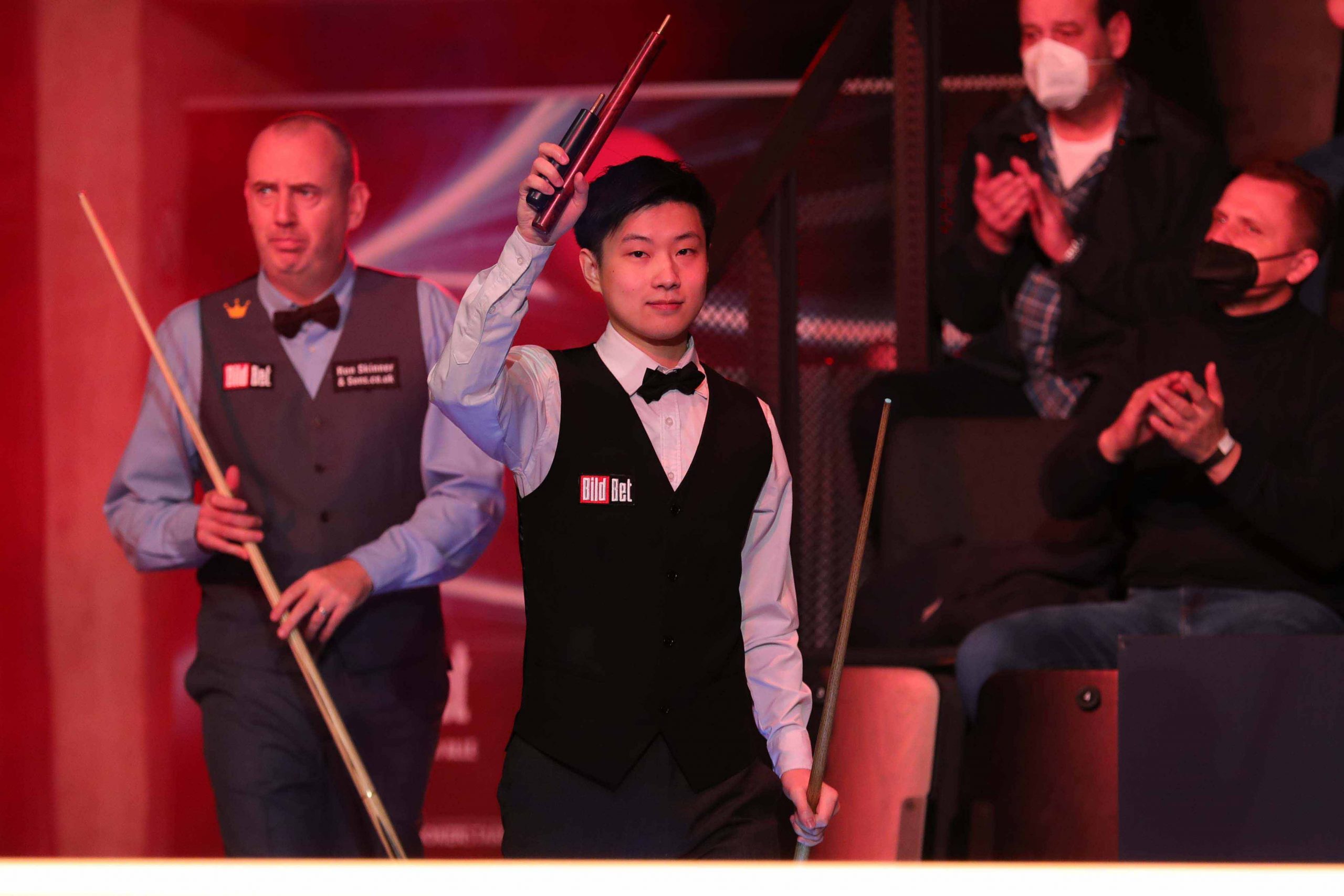 UK Champion Zhao Xintong put on a fine display to beat an in form Mark Williams 5-3.

China’s Zhao defeated the likes of John Higgins, Barry Hawkins and Luca Brecel on his way to sensationally landing a maiden Triple Crown win at the UK Championship in December.

The talented 24-year-old stamped his authority on three-time World Champion Williams early on, moving 3-1 ahead at the mid-session.

When play resumed Williams surged back into contention. Runs of 65 and 61 saw him draw level at 3-3. However, Zhao showed his steel and composed breaks of 89 and 70 to cross the line a 5-3 victor. Next up he faces either Tom Ford who defeated Stephen Maguire 5-2.

Brecel booked his place in the last 16 with a 5-3 defeat of Zhang Anda, while Zhou Yuelong defeated Anthony McGill 5-2.