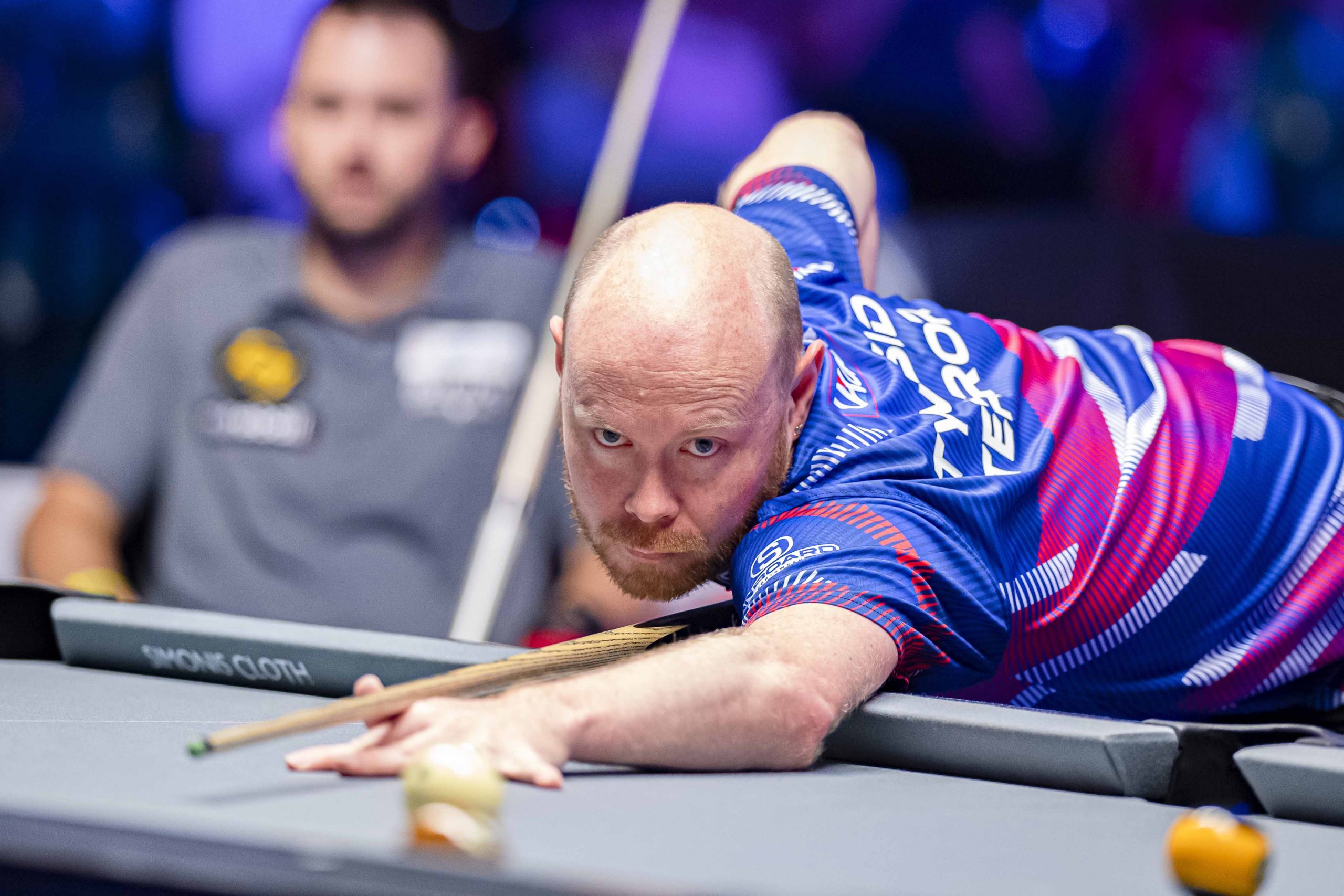 Gary Wilson and Martin Gould both scored wins in their respective nine ball pool debuts at the UK Open in London.

Wilson, who made the Crucible semis in 2019, took on American Blaine Barcus this afternoon and battled to a 9-6 win. He now plays Chris Alexander in the next stage of the winner’s bracket.

Wilson said: “It was getting a bit twitchy and it was a bit too close for my liking. I was 4-1 up and it was a scrappy game. I was just trying to get used to the conditions and realise what was going on. Luckily he gave me a couple of extra chances towards the end. I was just keeping it as simple as I could.”

Former German Masters winner Gould secured a 9-4 win over Spain’s Tashunka Schultz. He faces Elliott Sanderson in the next stage.

Gould said: “There were a little bit of nerves before we started, I knew there would be a lot of wandering eyes for me and Gary. I felt really comfortable once we got going. The table was beautiful and it was a delight to play.

“I don’t like to blow my own trumpet but I know I can play. I’m not used to playing under these conditions, so that is new. Once the first couple of racks were out of the way, I felt comfortable and as if I would clear up if I got the opportunity.”