Kyren Wilson finally entered the fray at the Betfred World Championship on day nine of the event, and started strongly by taking a 5-3 lead over Martin Gould. 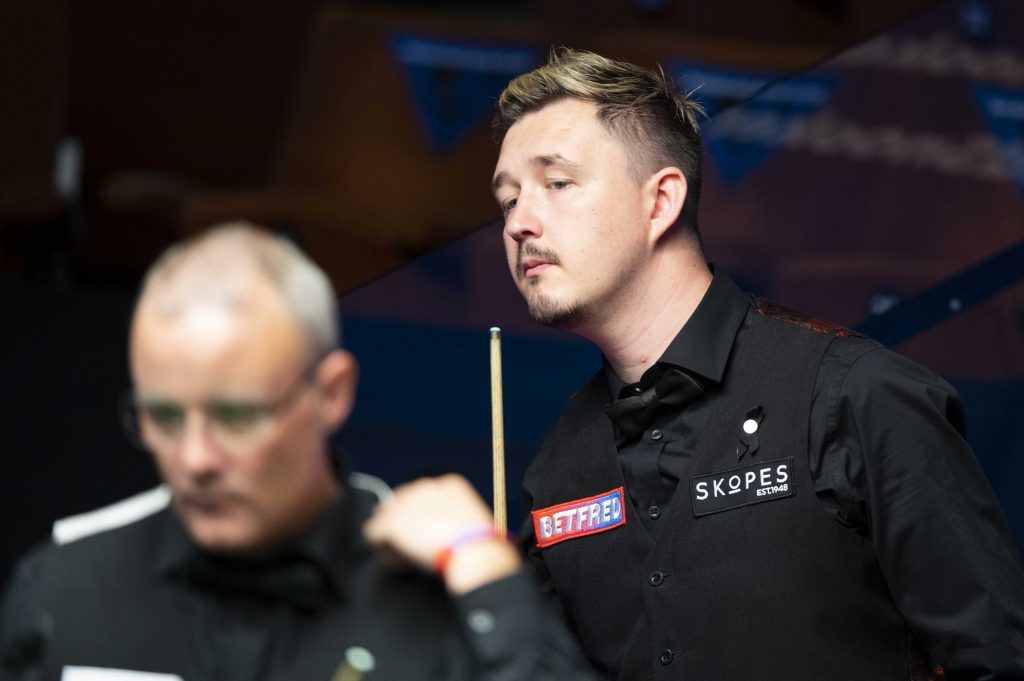 World number eight Wilson became the only player in Crucible history to receive a walkover when his first round opponent Anthony Hamilton pulled out. But that meant the Kettering cueman was coming into the event cold in the last 16, while Gould had a fine win over Stephen Maguire under  his belt.

However there were no signs of rustiness for Wilson in a high quality session which featured two centuries and seven more breaks over 50.

Gould, who has dropped to 60th in the rankings and would have been relegated from the tour if he had lost his opening match in the qualifying rounds, took frame seven with a run of 62. In the last of the session, Wilson missed a red on 54, and his opponent punished him with an excellent 70 clearance to trail by just two frames.

They return at 7pm tonight for eight more frames. First to 13 goes through to the quarter-finals for a crack at defending champion Judd Trump.

On the other table, world number two Neil Robertson holds a 5-3 advantage over Barry Hawkins after their first session.

The start of the match was delayed when Robertson accidentally spilt a cup of coffee on the carpet and his trousers. But he was full of beans as the action got underway as he ground out a break of 78 to take the opening frame.

Hawkins made a 68 as he took frame two and he compiled a run of 61 in the next only for his opponent to steal it with a 54 clearance. World number 15 Hawkins made it 2-2 with a 59 and had chances in the next but crucially missed a tough long pot on the green when leading 60-46. Robertson cleared from green to black and added a scrappy sixth frame to lead 4-2.

A superb 111 from Hawkins gave him frame seven but Robertson responded in kind with a 105 to give him the advantage. They are back on the baize at 7pm.

Before we've even hit a ball, @nr147 has booked his place at the dry cleaners! 😅 #ilovesnooker @Betfred pic.twitter.com/z87aQZQzq7