Last year’s runner-up Gary Wilson scored a 4-3 victory in the first round of the Cazoo British Open in a dramatic finish as Shaun Murphy went in-off the final black in the deciding frame.

Murphy trailed 49-19 in the last frame then had a chance to clear from the penultimate red. After potting the pink he finished low on the last black, and rolled it into a top corner, only for the cue ball to drop into a centre pocket.

Earlier, former World Champion Murphy made a break of 112 in frame three, missing the 15th red when on target for a 147. He later made a 79 to lead 3-2, but Wilson levelled with a 137 before snatching a place in the last 64.

World number 33 Wilson, who lost to Mark Williams in the final of this event last year, said: “I was the most surprised out of anybody, because I was sitting in my chair thinking I had lost. Shaun’s a lovely bloke and took it in great spirits. I’ve never actually won a game at this venue, and that was in my mind as he was he was clearing and up. Then all of a sudden, something stupid like that happens. I’m not sure whether he had a kick or just hit it a bit thick.

“I’m playing with a new cue and it didn’t feel great, it just felt heavy. I missed so many easy balls and played so many bad safeties, I just didn’t feel comfortable at all. I’m always hard on myself but I do try to look at positives as well.” 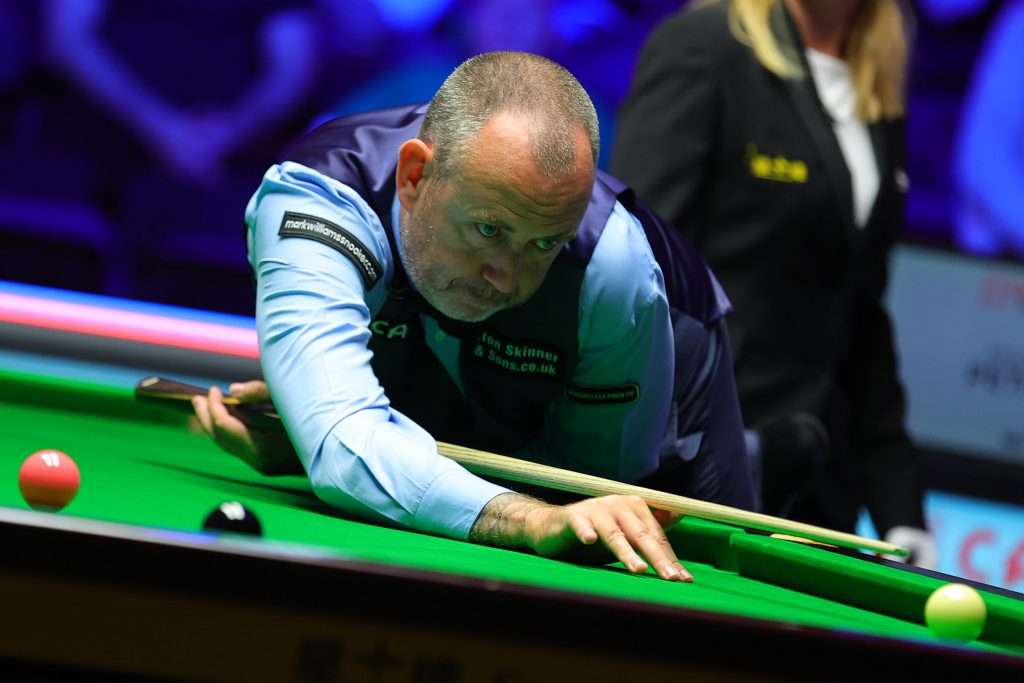 Williams made a successful start to the defence of his title, beating Estonia’s Andres Petrov 4-1 with a top break of 76. The match was watched by H.E. Mr Viljar Lubi, the Ambassador of Estonia to the United Kingdom, and he would have been impressed by Petrov’s 27 clearance in frame three which left him 2-1 down. But Williams was not in diplomatic mood and soon eased into round two.

Williams said: “It’s nice to see players coming through from other countries, that’s good for the game in general. It’s new for him and he was under a lot of pressure. I enjoyed the match.”

Four-time Crucible king Mark Selby fired runs of 62, 87 and 69 in a 4-1 win over Ricky Walden. Graeme Dott top scored with 139 in a 4-1 win over Luca Brecel while Cazoo UK Champion Zhao Xintong beat Bai Langning by the same scoreline.