Kyren Wilson will take a 10-6 lead into the last day of his Betfred World Championship semi-final against Shaun Murphy – though it was Murphy who took the last two frames of the second session to boost his hopes of a fight-back. 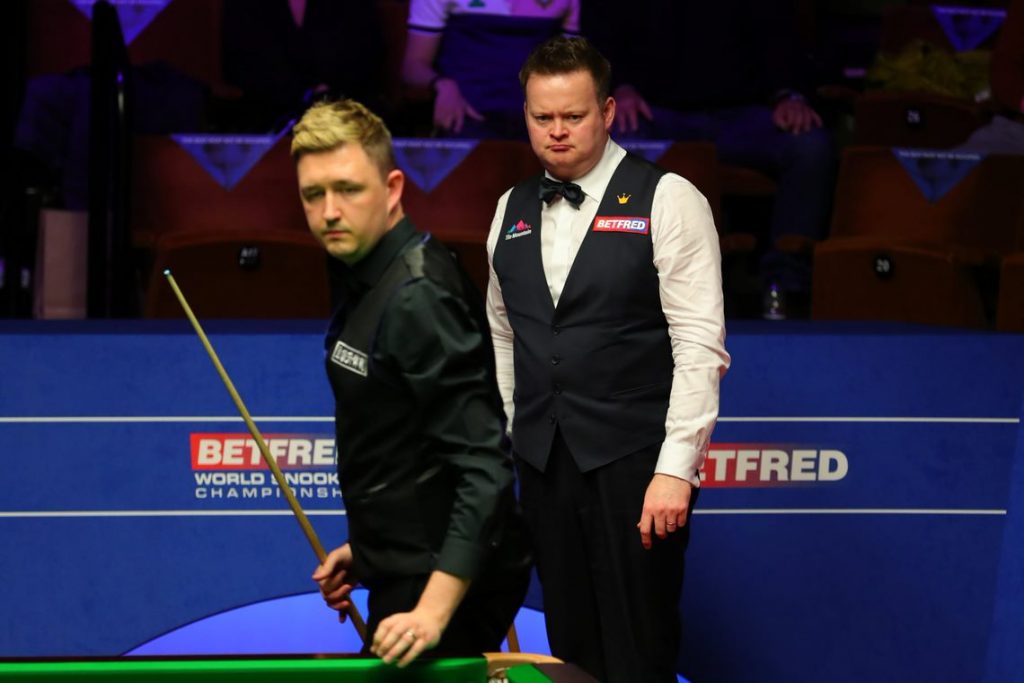 Wilson led 6-2 overnight and shared the eight frames on Friday, but may regret missing chances to open up a bigger lead. They return on Saturday at 10am for eight more frames, before playing the last session on Saturday from 7pm. First to 17 goes through to the final to face Mark Selby or Stuart Bingham.

Kettering’s Wilson is looking to reach the Crucible final for the second consecutive year having finished runner-up to Ronnie O’Sullivan last season. Murphy, who lifted the trophy in 2005, is aiming for his fourth Sheffield final and first since 2015.

World number six Wilson took the opening frame today with a break of 69 to lead 7-2. In the next, he trailed 35-15 when he was trapped in a tough snooker behind the blue, and gave away 53 points in fouls, which handed Murphy the frame.

In the 15th, Murphy led 59-18 when he missed the penultimate red to a top corner, playing with the rest. The balls were at Wilson’s mercy but he failed to pot his first red to the same corner, allowing his opponent to narrow the gap.

Wilson had first chance in the last frame of the session and made 46 before running out of position. A safety exchange ended with a tremendous long red from Murphy, leading to a superb 86 clearance. The Dublin-based cueman raised his fist to the crowd as he left the arena, having given himself a foothold in the contest.