Wilson On Course For World Final


Kyren Wilson is just four frames away from his first Betfred World Championship final as he surged into a 13-11 lead over Anthony McGill. 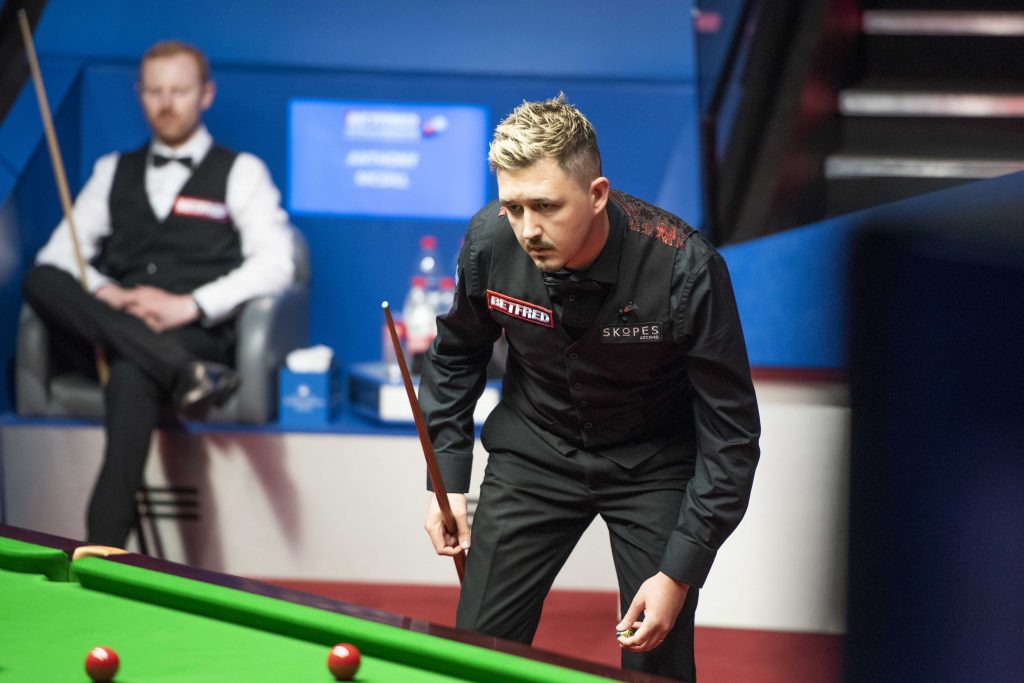 Wilson was 6-2 behind at the start of the day but has stormed back today to win 11 out of 16 frames and take the lead. They play to a finish from 2.30pm on Friday with the winner to face either Mark Selby or Ronnie O’Sullivan in the final.

Three-time ranking event winner Wilson is playing in his second Crucible semi-final and, after a slow start, is rising to the occasion. Glasgow’s McGill, competing in the semis for the first time, continues to battle hard and took the last frame of tonight’s session with his first century of the tournament to keep in touch.

World number 39 McGill took the opening frame tonight to lead 9-8 then Kettering’s Wilson won the next with a break of 99. The next two frames, lasting a total of 57 minutes, were shared to leave the score at 10-10.

After the interval, Wilson made a 116 to take the lead for the first time in the match. A fragmented 22nd frame came down to a safety battle on the pink, and eighth seed Wilson converted an excellent pot to double his lead. A 105 in the next, his seventh century of the tournament, made it 13-10. McGill then finished the session strongly by knocking in a long red and building a 136 total clearance.