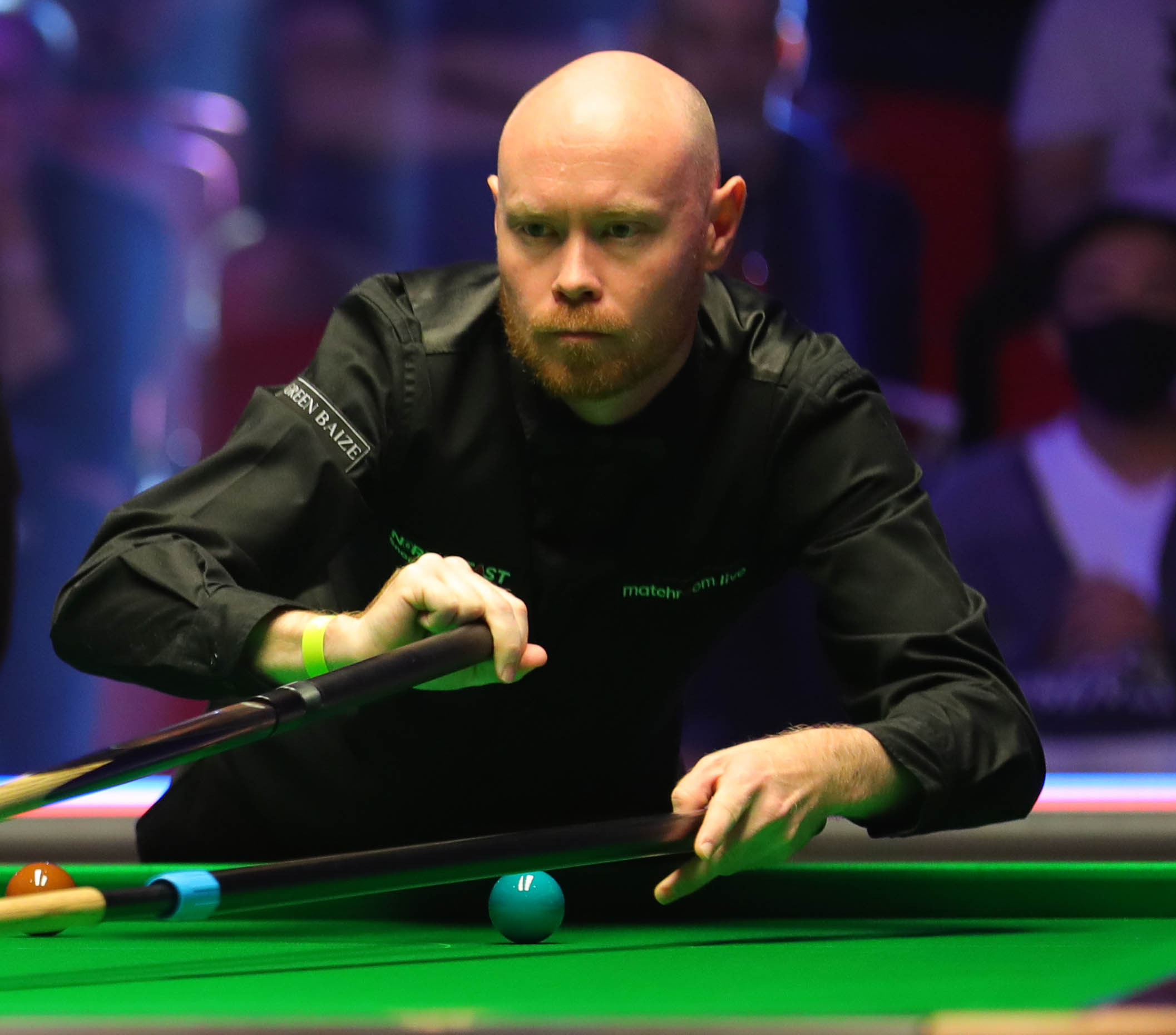 Former Crucible semi-finalist Gary Wilson is temporarily switching cue sport codes next week, to make his nine ball pool debut at the UK Open and he is intent on making an impression.

The Wallsend cueman reached the British Open final at the start of last season, beating Stephen Hendry, Hossein Vafaei, David Gilbert and close friend Elliot Slessor on his way to the title match. However, he succumbed to a 6-4 loss against Mark Williams.

Since then, Wilson struggled to produce his best form and only went beyond the second round of a ranking event on three subsequent occasions during the season. He’s eyeing next term as an opportunity to up his consistency levels and target a place in the world’s top 16.

In the meantime, Wilson is preparing for his first ever appearance in a major nine ball pool event. He faces American Blaine Barcus on Tuesday at the Copper Box in London. Martin Gould is also in action and he takes on Tashunka Schultz. We caught up with 36-year-old Wilson to find out how he is feeling ahead of the tournament…

Gary, what was it that inspired you to throw your hat in the ring for the UK Open?

“As snooker players, playing in the club growing up, you always have a little mess around on the pool tables as well. Sometimes it was really just to show off. You go and play someone at a game of pool and clear up. Obviously at the top level it is a lot harder than that, with everyone being so good. I played a little bit of eight ball and nine ball, but not properly. I watched Judd Trump playing in the US Open last year and fancied playing myself, I saw the UK Open come up and went for it. The fact that the snooker season is finished made it an ideal opportunity to try something different.”

Judd had a few good wins at the US Open, before suffering a heavy defeat to former champion Jayson Shaw and then falling out of the loser’s bracket. How did you think he fared?

“Lets be frank, if snooker players had time to practise and play the game properly, then the majority of us would be able to play nine ball pretty well. Judd had a couple of results and was learning his way through it. Unfortunately, he came up against Jayson Shaw and didn’t have much of a shot. That can happen. Until you learn the intricacies of the game like the kick shots, bank shots and jump shots, you won’t be competing at the top end. Snooker players will always be pretty good at the general clearing up bit, but when you are playing the best players they will tie you up in knots. You need to know every facet of the game. I’ve been trying to get familiarised with all of that since the end of the snooker season.”

How have your preparations been going so far?

“I messaged a guy called Brian Halcrow, who is from the local area. He plays a lot of English eight ball, but has also been over to America to play nine ball. Brian offered to meet me at a club called Spot White in Sunderland and we had a couple of hours on the match table. He showed me the ropes and a few scenarios that might come up in safety situations. He offered me a couple of his cues, including a jump cue. I think I have some half decent equipment now. I’m actually using a cue which Gareth Potts (English and Chinese eight ball champion) gave me when I was playing Chinese eight ball, it is kind of half way between a snooker cue and a pool cue.

“I think that nine ball is one of the simpler versions of pool to pick up and it isn’t going to fry my head. The safety side is a little bit like snooker, in that you are only trying to hide one ball. I liked that and if I can get more acquainted with the safety side I think I can hold my own. I want to put in a good performance and not just turn up to have a go.”

What is the main target that you have set yourself for next week?

“I just want to go over and show what I can do as well as get some exposure. I’m looking forward to something different. I know what it is all about on the snooker front, but this is an experience of something new. There is a buzz and a different feeling when you are coming into a new environment. I had that when I started snooker, but in that instance it was my job and there was additional pressure. That isn’t the case here at all, it is a free shot to try something else in a one off occasion. I can’t wait to go down there and see what it is all about.”

What are your thoughts on last season and how do you feel ahead of the 22/23 campaign?

“Take away the final in the British Open and it was a really disappointing season. There were a lot of times that I didn’t play that badly and I was just on the wrong end of someone playing really well. I was against Jamie Clarke at the World Championship and I was stuck in my chair watching how well he was playing. In one sense you feel annoyed that it happened to you in the biggest tournament. He absolutely flew in that game. The upside is that I have hardly any money to defend next season. I hope to find that consistency in each tournament and feature in the latter stages. If I can do that I will push up the rankings and the top 16 becomes more possible. Those are my two targets, the top 16 and to win a tournament.

“Looking back over the years I seem to be a player who goes on a run and then goes missing for months on end. I feel like I’m due a run soon, but I want to make that more consistent. The guys around the top 16 seem to be getting quarter-finals at least on a regular basis. Next season is a big opportunity so I’m ready to work hard and try to stamp my authority on the season.”