Wilson Vs McGill - The Final Frame 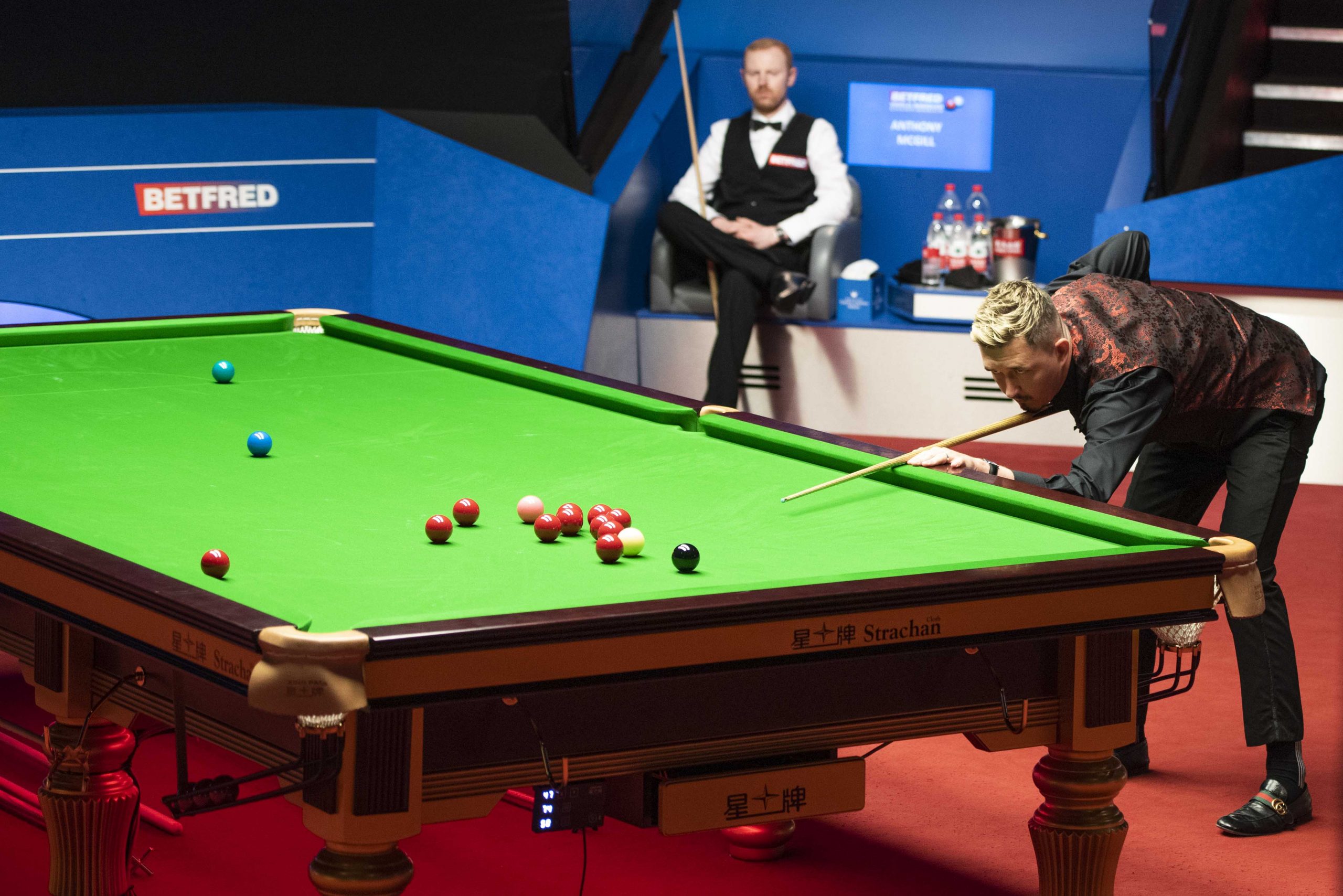 On August 14th 2020, two matches provided unprecedented drama and tension. It was the first time in history both Betfred World Championship semi-finals went all the way to deciding frames. For many it will go down as snooker’s greatest day.

Ronnie O’Sullivan typically saved his brilliant best for the final three frames, as he overhauled Mark Selby 17-16 from 16-14 down in an epic clash. However, it was Kyren Wilson and Anthony McGill that caused the snooker world’s jaws to collectively drop to the floor.

With the scores locked at 16-16 and both players seeking a dream trip to their first Crucible final, they contested a record breaking and nerve-shattering decider. In commentary, seven-time World Champion Steven Hendry described it as “The most incredible frame ever seen at the Crucible.”

Across 61 minutes of gruelling snooker, they racked up 186 points between them, more than any other frame that has been played at the Theatre of Dreams. Both players had moments when they appeared to be set for victory, only for cruel fate to snatch it from them and cast the destiny of the tie back into the Crucible melting pot.

With McGill leading 52-47, Wilson placed him in a perilous snooker on the final red. Astonishingly the Scot proceeded to miss it ten times, to leave himself requiring snookers. However, McGill found himself brought back from the brink after Wilson went in-off twice to leave the frame in the balance.

The match ultimately came down to the final green. McGill had looked set to get over the line before snookering himself on the green behind the pink. Wilson, tormented by a crushing rollercoaster of emotions, eventually fluked the green to once again leave McGill requiring snookers. Fighting back the tears, he wrapped up victory by a 103-83 scoreline. 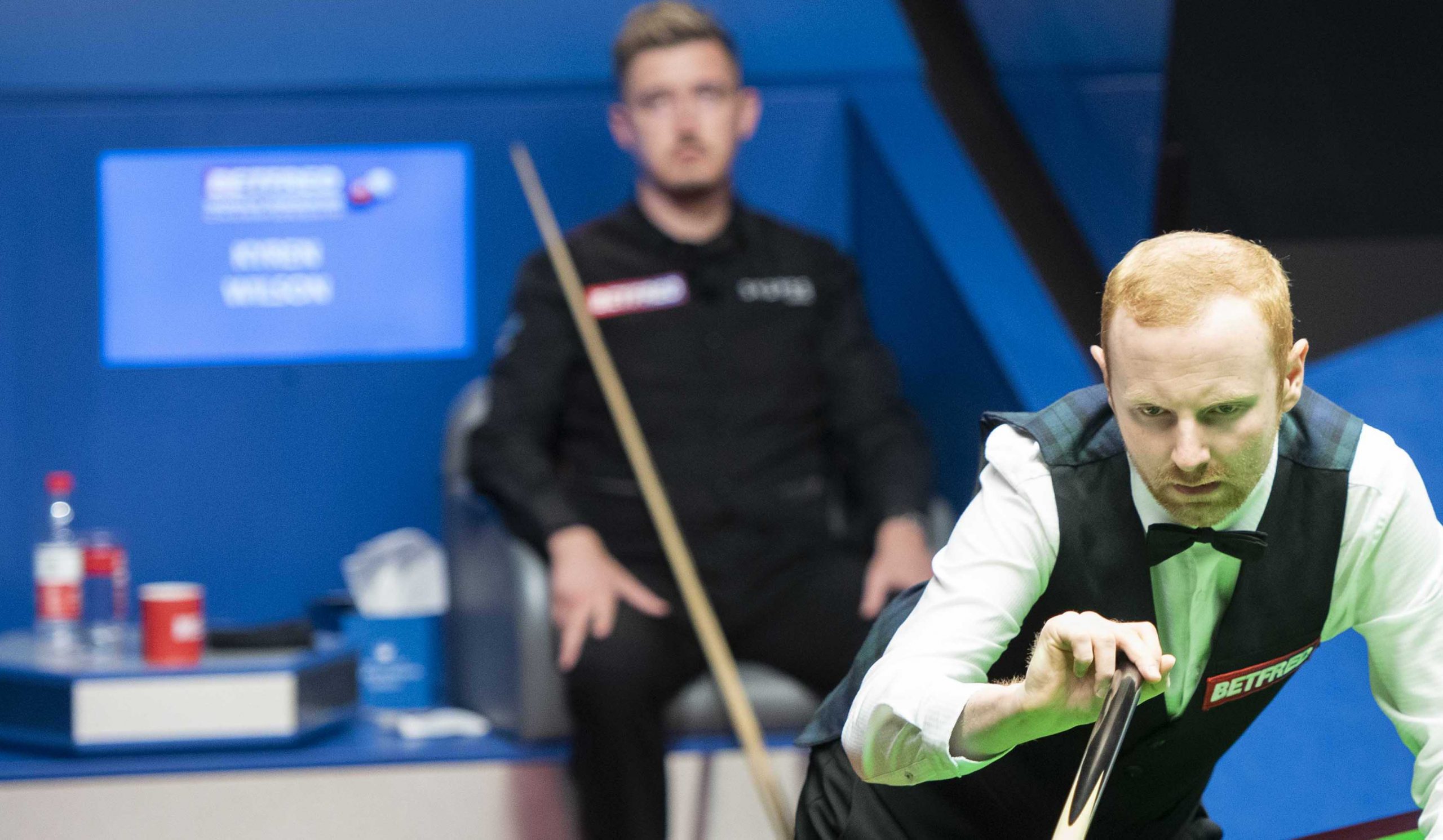 Afterwards McGill, who has since gained a place in the world’s top 16 off the back of last year’s exploits, was in admirably reflective mood. However, he felt hard done by to have a place in the final snatched away from him.

McGill lamented: “I feel as if the match was stolen away from me – not by Kyren but by the snooker Gods. Even at the end when I got the chance, I didn’t think I could snooker myself on the green. I really enjoyed the fight, it was played in the right spirit.

“I have to congratulate Kyren because he played a great match. I thought I played great today. I was really unlucky in the last frame because I was in first, and if I had landed on a red when I went into them then the game was done.”

The Shakespearean finale was played out to a backdrop of empty seats at the Crucible Theatre, after the coronavirus pandemic forced the majority of the event behind closed doors. Despite the lack of an audience, Wilson says they were fully aware of the gravity of the situation. However, he didn’t quite appreciate the impact the game would have on the outside world.

Wilson said: “I found coming home that the backlash from the World Championship centred on that match and that frame. Everyone remembered that rather than me getting to the final. It was just mad what was happening. People were pulling me up on the side of the road just to talk about that semi-final. It is a frame which will always be remembered and it is nice to be a part of that history.

“It was quite eerie in the arena. You could kind of hear everything which was going on backstage with the crew, they were obviously all watching and reacting to certain shots. All of a sudden it made us both realise people were watching!

“What goes on in the Crucible is pure theatre. People get engrossed by the players and their stories. It means a lot to so many people. You can get engrossed in a game when you are watching. Nobody had ever seen a frame like that before and I’d never played a frame like that one. It was completely mixed emotions at the end. I’ve always dreamed of playing in a world final, but I didn’t want it to end like that. I’ve grown up with Anthony playing in the juniors. We turned professional at the same time and the human side of you is thinking about him as well. I’ve had the same things done to me in semi-finals and it isn’t nice.”

There were 2.98 million people tuned to BBC Two to watch the closing stages of this enthralling encounter. The punditry team covering the match were forced to join those watching remotely, with Covid-19 restrictions meaning their studio was relocated 168 miles down the M1 to Stockley Park. Despite not taking their usual place in the heart of the Crucible, John Parrott and Steve Davis were left on the edges of their seats.

“I think it was better where we were,” explained 1991 World Champion Parrott. “If we were in the studio inside the Crucible arena we’d have definitely put the players off because we were going mental. I’m glad we were well away from there, we couldn’t believe what we were seeing or control our reaction.

“It was a finish to a match which we will just never see again. It was two players who were giving absolutely everything. What happened on the colours was unbelievable. When McGill had his chance to win, I said to Steve the only thing that could go wrong is snookering himself behind the pink. Neither of us thought it would actually happen. We were going crazy watching and we both knew as players that the pair of them were going through total hell out there.” 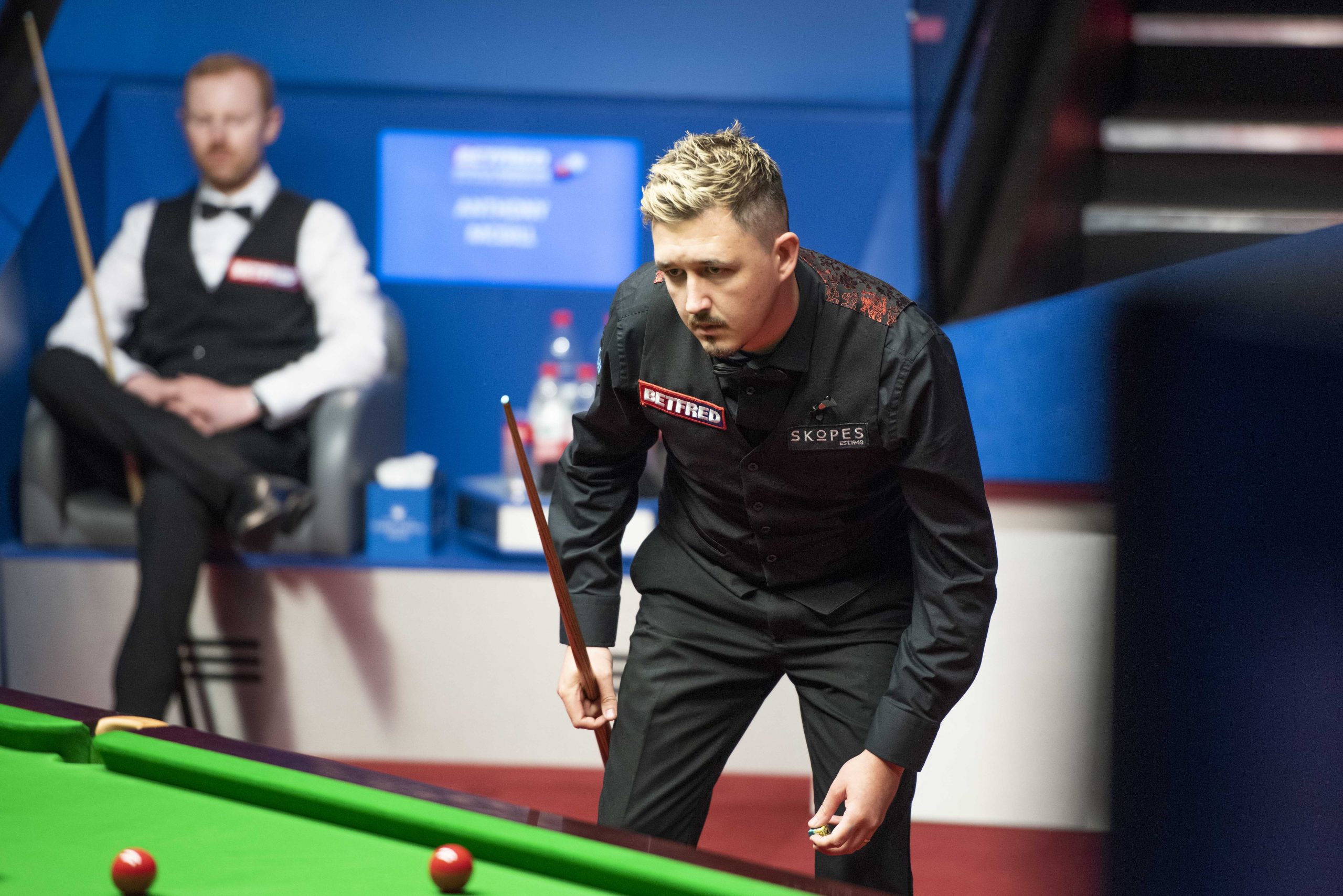 Whilst Parrott and Davis were in raptures in the studio, a select band of journalists were feverishly writing and re-writing their match reports as the likely result ebbed one way then another. The Crucible Media Centre is normally rammed full, but on this occasion numbers were slashed to allow for social distancing. Hector Nunns is one of the sport’s most experienced writers and was one of the only journalists given accreditation. Nunns is author of the book “The Crucible’s Greatest Matches”, but even he hadn’t witnessed a frame quite like this.

Nunns said: “Covering the blue-riband tournament in 2020 as part of the restricted media contingent was a very different but privileged experience from the usual bedlam. The room contained just two members of the written press, a photographer, a video journalist, MC Rob Walker, World Snooker Tour officials and a small team from sponsors Betfred.

“WPBSA chairman Jason Ferguson wandered in for the thrilling denouement. Everyone was standing, the tension was unbearable and the oohs, aahs and gasps as the madness kicked in were some kind of release after so many days of confinement.

“Wilson was in tears after that shot, and after a 17-16 defeat McGill instinctively broke protocol saying ‘That match deserves a handshake’, before the drained players debriefed each other next to us before more interviews.

“We love a good stat in the media. The points aggregate of 186 was the highest in any Crucible frame, and McGill’s score of 83 the highest losing total in Sheffield. But no stat could ever reflect this.”

Following his epic exertions clinching a spot in the final, Wilson struggled to regain his best form against O’Sullivan. The Kettering cueman went 8-2 behind and although he closed to 9-7 at one stage, Wilson ultimately lost out 18-8.

After paying the price for his slow start in the final last August, the Warrior is determined to learn from his mistakes, should he gain another opportunity to compete in the final this time around.

“The first session I was in the same state of mind that I was in the last frame of the semi-finals. I remember waking up that morning and thinking that I had to go again and find something,” said 29-year-old Wilson.

“I played pretty poorly to be fair. I found something for the second session but I’m trying to learn from it. When I went 8-2 down I thought to myself that I needed to put what happened in the semis completely out of my head. When I did that I started to find a bit of rhythm and timing. I need to be better at dealing with those situations next time.”

We can rest assured the Crucible Theatre will once again produce drama at its finest when the Betfred World Championship returns later this month. However, if Wilson does reach the final again, he may be hoping for a slightly less strenuous route to snooker’s biggest match.