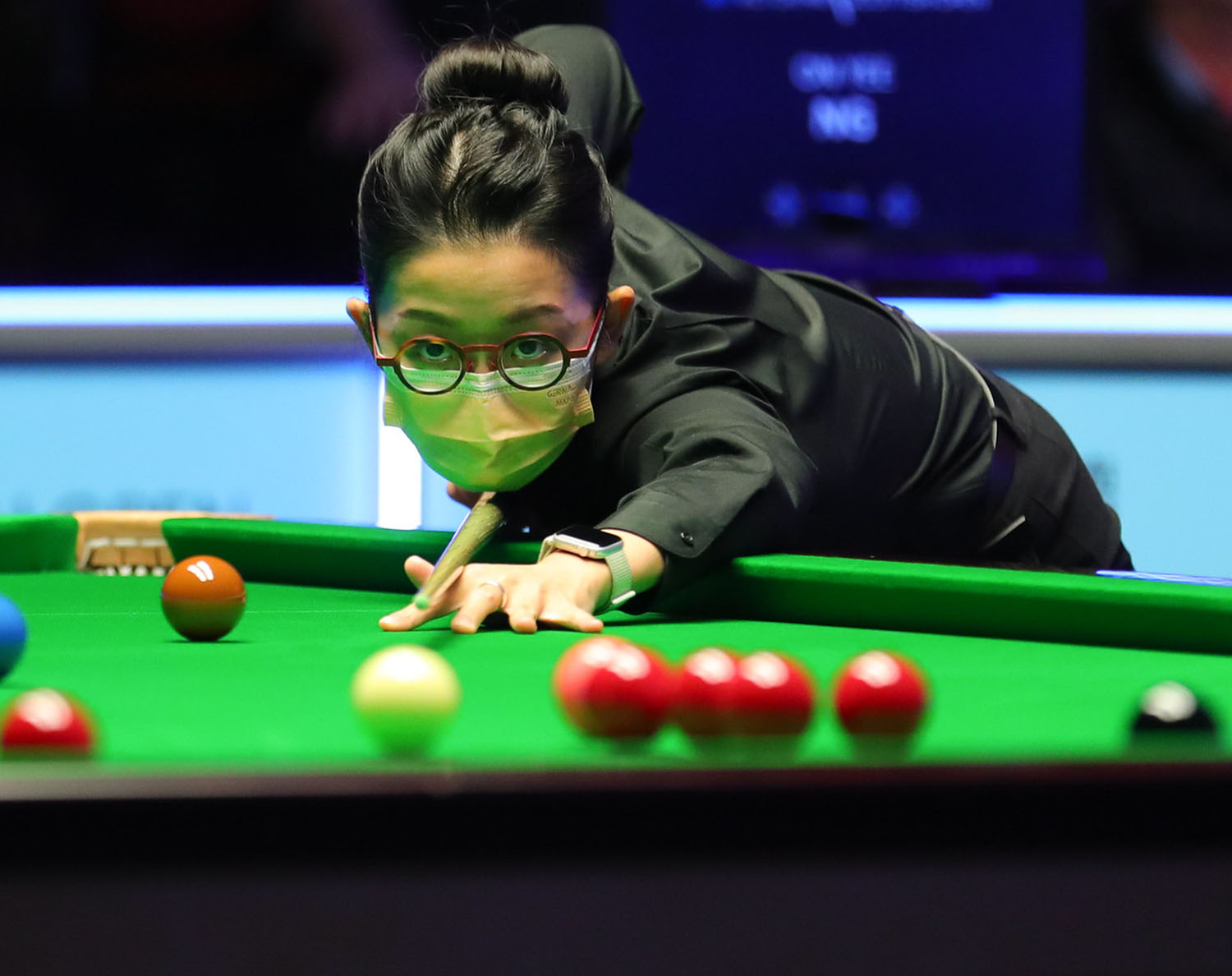 Ng On Yee says that she will take belief and confidence from landing her first ever professional victory in yesterday’s BetVictor Welsh Open qualifying match against Wu Yize.

Hong Kong’s On Yee put on a fine display to defeat teenage prospect Wu 4-2. The win included a break of 84 in the second frame and a run of 82 in the sixth to get over the line.

Yesterday’s result saw On Yee become the first female player to score a win on the main tour since Evans beat Robin Hull in World Championship qualifying back in 2017.

She admits it comes as even more of a relief having already suffered a 4-3 defeat at the hands of Shaun Murphy and a 5-4 loss to Craig Steadman this season.

“I was very excited. Especially having come within a frame of beating both Shaun and Craig already this season. Yesterday I was so relieved when I got over the line. I learned from those experiences, handled it better this time and played better this time,” said 31-year-old On Yee.

“I managed to make a good break in the last frame. I potted the first shot and finished well on the blue. I knew this was a good chance and that I just needed to take my time and make sure I took advantage. I gave everything I could on each shot and tried to keep it as simple as I could. This will improve my confidence. I don’t need to worry about whether I am able to get over the line anymore because I have already done it in a match and know I can. Hopefully I can take that forward.”

Thailand’s Nutcharut Wongharutai will join On Yee and Evans on the main tour next season, after she won the Women’s World Championship earlier this month. Wongharutai defeated On Yee 4-3 in a nerve shredding quarter-final on her way to the title. On Yee hopes that the three of them can collectively shift more focus towards the women’s game.

“This has been a great opportunity for us and also has had a lot of pressure on it too. It isn’t just me going through this though. I am here with Reanne and next season I will be here with Mink as well. We are supporting each other and that really helps.

“I am so happy for Mink. It is great to have a new champion for Thailand and I think it is a big thing for Thai snooker. Of course I was disappointed to lose to her. She played great though and deserved it. I was 30 ahead in the decider against her and she did very well to pull it back. I believe that after she gets involved in the professional circuit, she will improve very fast. She is very young and needs to learn fast, but I think she will. I am happy to see more ladies involved in the main tour. People will give more attention to women’s snooker because of it.” 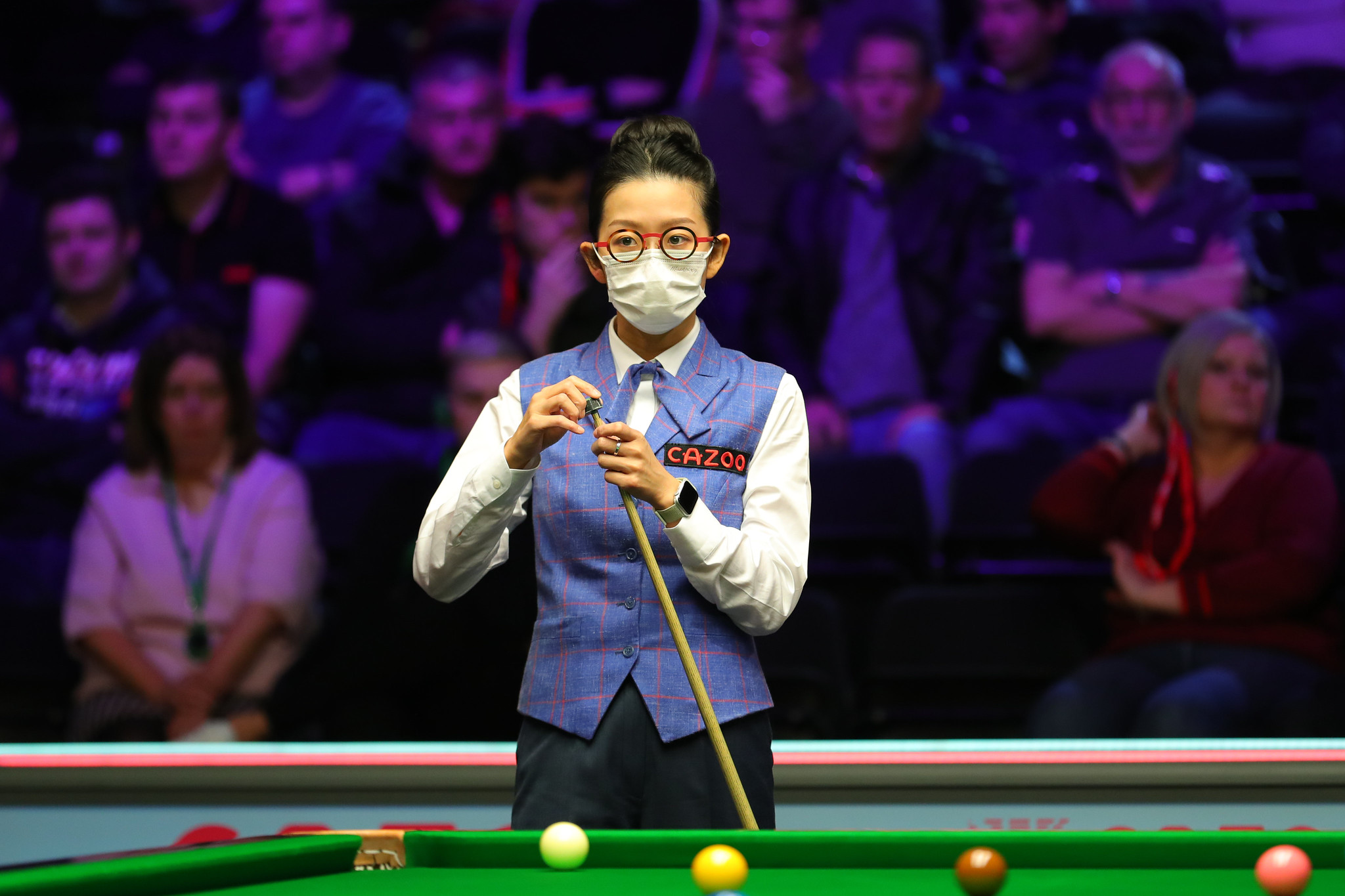 Despite having missed the early stages of the season due to coronavirus travel restrictions, On Yee believes her game has undergone significant improvements since gaining a place on the World Snooker Tour.

This is in no small part due to the range of practice partners she has had access to whilst being over in the United Kingdom. Prior to the New Year, she stationed herself in Wales where she practised with the likes of Mark Williams, Lee Walker and Jackson Page. On Yee is now basing herself in Sheffield at the Ding Junhui Snooker Academy.

One of her most significant experiences so far was receiving an invite for a game with six-time World Champion Ronnie O’Sullivan. She admits it was a nerve wracking practice session.

“He said that next time he could spend a few days with me because we only played for a few hours that day. He did suggest that with some breaks I could go into the pack earlier, rather than trying to play the accurate shots for position. I think he thought I could generally be more aggressive.”

On Yee will travel to Newport for the final stages of the Welsh Open next week. She faces four-time ranking event winner Ali Carter in her opening tie and is looking forward to hitting the baize.

“I am so excited for Newport. My last two times playing at a final stage venue was because my match was heldover. I have qualified this time and earned my place so it will feel great. I am looking forward to facing Ali Carter. It will be a tough match, but I will take it step by step and just try to enjoy the game and being at the venue.”