Winning Start For Robertson And Williams 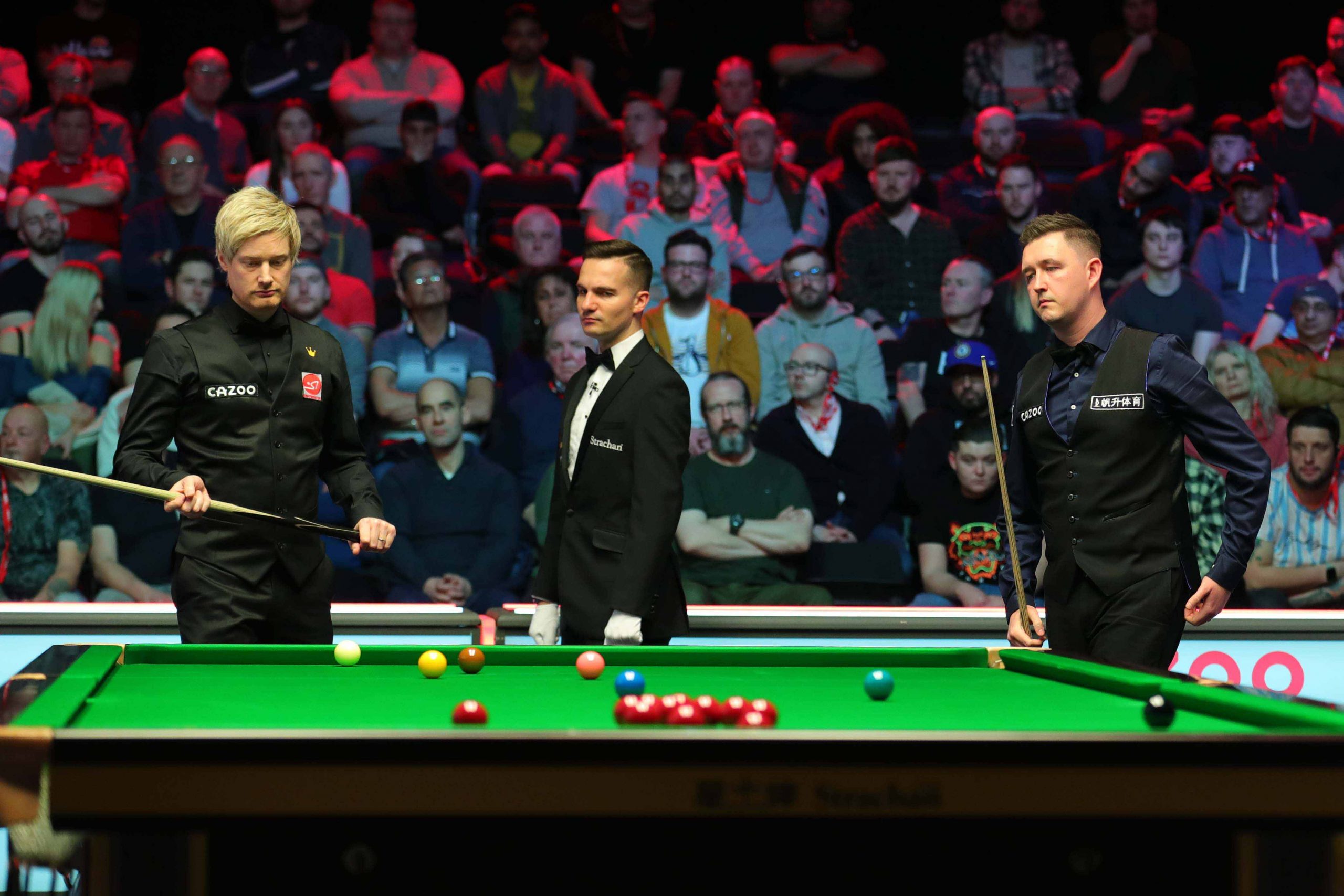 Neil Robertson came through a tough battle with Kyren Wilson by a 6-4 scoreline on day one of the Cazoo Players Championship in Wolverhampton, while Mark Williams beat Gary Wilson 6-3.

Robertson’s preparations for this week have been far from ideal, having tested positive for Covid-19 after travelling back from Berlin following the recent German Masters. He then underwent a period of isolation.

Despite still feeling under par, the Australian remains full of confidence having scored a landmark second Masters victory at Alexandra Palace last month. He defeated Barry Hawkins 10-4 in the final to capture the Paul Hunter Trophy.

Wilson came into today’s encounter having enjoyed a good record against Robertson of late. The Kettering cueman had won four of their previous five meetings, but it was 21-time ranking event Robertson who cranked up the heat early on this evening.

Breaks of 114 and 60 helped Robertson into a 2-1 lead. He then doubled his advantage heading into the mid-session, after claiming the fourth on the black to lead 3-1.

The Warrior battled his way back into the tie when play resumed, taking two on the bounce to restore parity at 3-3. Robertson responded with 94 to take the seventh, before Wilson fired in a tournament high run of 141 to make it 4-4.

A break of exactly 100 moved Robertson a frame from the win. He then unlocked the path to victory in the 10th frame with a superb shot on the green to develop the brown. From there the Melbourne cueist completed a clearance to the black with a break of 47 to win 6-4.

“I thought I played really well. I had a couple of missed balls, but I felt overall the standard from myself was decent,” said 39-year-old Robertson.

“It was lucky that this tournament was a few days after I came out from isolation. The form is still there from the Masters, I feel great and confidence is high. You can clearly see I’m hitting the ball well. I got a few days practising and that put me in the form I needed to put in a decent performance.

“Even if I am still showing signs of any kind of tiredness, playing Ronnie or Judd is the perfect match. The frames will be over so quickly and I will get good chances with it being against attacking players. It is going to be a good crowd so there won’t be many flat moments in the match and that will also suit me. I am free rolling a little bit at the moment.” 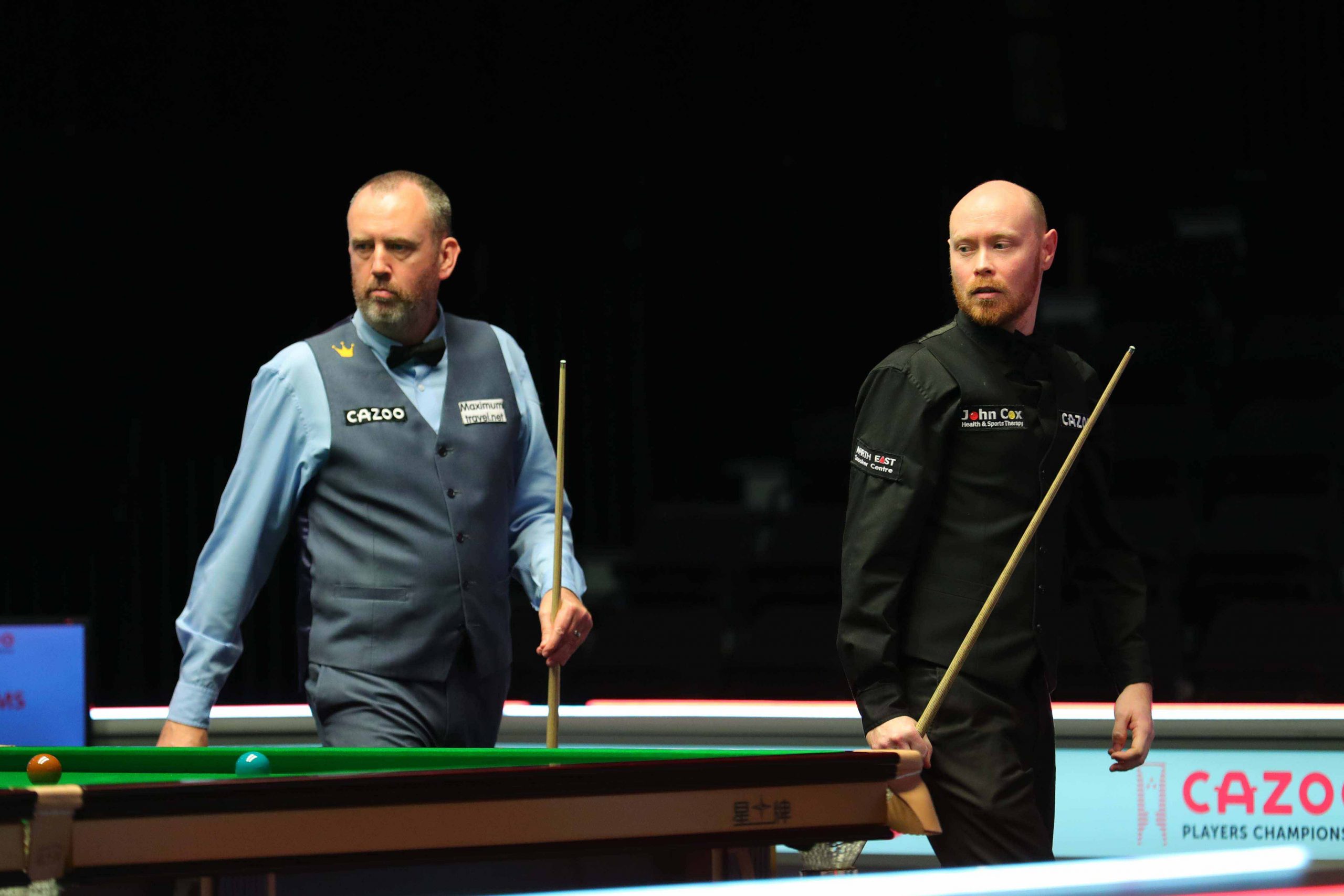 Williams rallied from 2-0 down to secure his 6-3 defeat of Wilson and earn a quarter-final spot.

The Welshman has been in superb form so far this season. Today’s win was a repeat of the British Open final earlier in the campaign, where he defeated Wilson 6-4 to claim the 24th ranking crown of his career.

Williams was edged out 6-5 by Robertson in a thrilling Masters semi-final last month and followed that up with a run to the Shoot Out final, where he was beaten by Hossein Vafaei.

The three-time World Champion wasn’t at his fluent best this evening, failing to compose a break over 50, but three frames on the bounce from 3-3 were enough to seal the victory.

Next up Williams faces either Mark Allen or Ricky Walden in the quarter-finals.