Winning Starts For Trump / On Yee and Selby / Kenna

Judd Trump and Ng On Yee scored a 3-1 victory over Ronnie O’Sullivan and Reanne Evans in the opening match of the BetVictor World Mixed Doubles, than Mark Selby and Rebecca Kenna saw off Neil Robertson and Mink Nutcharut by the same scoreline.

Tickets still available for the final day on Sunday 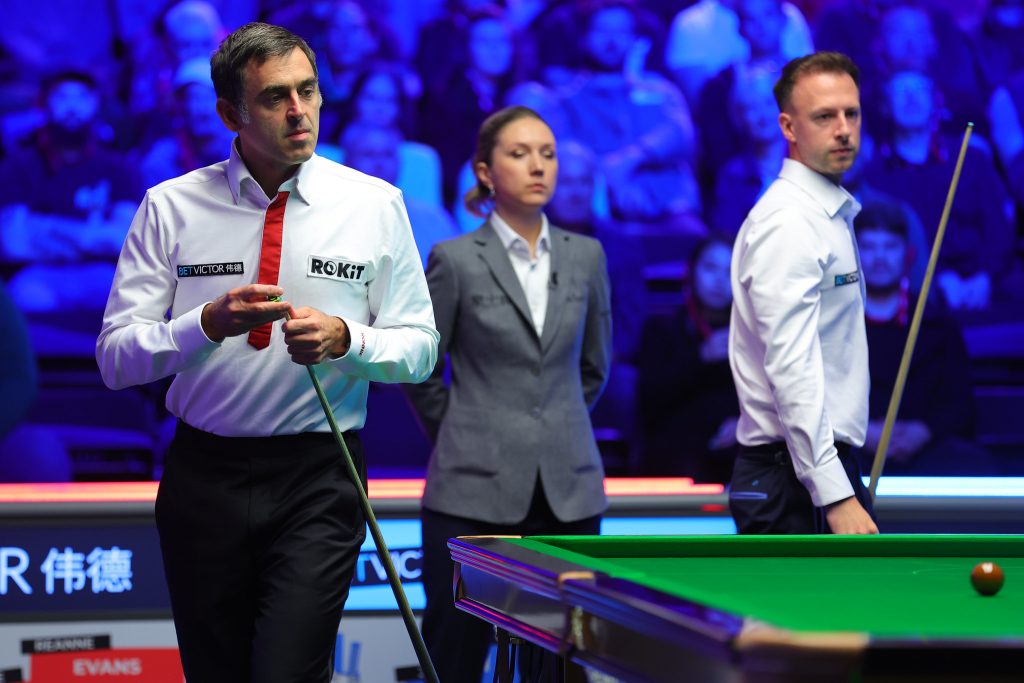 The new event sees the world’s top four men and top four women competing as pairs in a team format. The group phase continues on Saturday night and Sunday afternoon, then the top two teams in the group go through to Sunday night’s final.

After winning a tight opening frame, Trump made a break of 75 to put his team 2-0 ahead, then On Yee made a cool clearance from the last red to take the third frame and ensure victory. Evans impressed in frame four with a run of 62 to avoid the whitewash.

Hong Kong’s On Yee said: “I feel like the clearance in the third frame was really good. There was huge pressure but luckily I handled it well.”

“It’s an amazing showcase for the women’s game. It could have been difficult for them to play, as if they were playing with the weight of the world on their shoulders, but actually they settled into the swing of things a lot quicker than me and Ronnie did.

“I felt very confident when when the draw come out that we’d have a great chance. Ronnie and Reanne have been the favourites in so many people’s eyes, but I quietly felt we were very strong. And I believe that we have what it takes to go all the way.”

In the second match, Selby opened with a break of 134, then Robertson replied with a 64 for 1-1. A run of 64 from Selby helped his team regain the lead. In frame four, the English duo trailed 46-11, but some clever safety from Kenna helped set her partner up with a chance, and Selby took advantage with a 40 clearance.

Kenna said: “I’m pleased that I could put a few balls together. I know how difficult it is to get settled on these tables, they are just so fast. But when when the opportunities came, I went for my shots until I lost position.”

Selby added: “It’s huge spotlight, at least 30 years since we’ve had an event like this, especially to be on the main ITV channel with a primetime audience. So I said to Rebecca, just go out there, express yourself. Show everyone your personality go for your shots, because this is a massive platform for women snooker to try and promote it.”