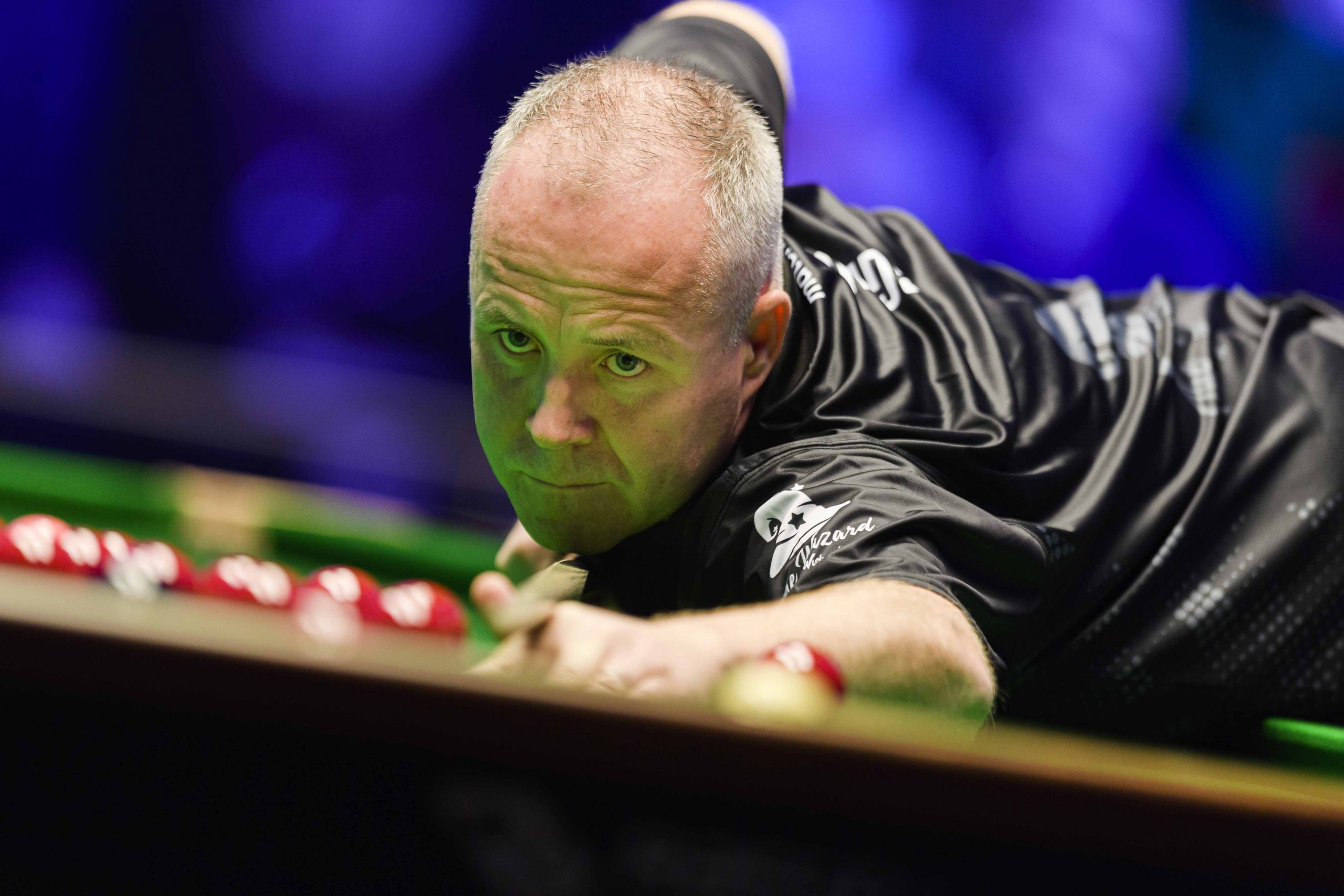 John Higgins reached the semi-finals of the 2021 Cazoo Champion of Champions by beating Ronnie O’Sullivan 6-1 at the University of Bolton Stadium.

O’Sullivan opened the final day of group fixtures with a 4-2 defeat of Stuart Bingham. The six-time World Champion composed breaks of 58, 95, 57, and 50 on his way to the win.

Higgins staged a typically steely fightback to edge out Ding Junhui. The 31-time ranking event winner found himself 3-1 down and a ball away from defeat, but he was let off the hook and came back to emerge a 4-3 victor.

Higgins was quick out the blocks in the group final, firing in a break of 86 in his first visit of the match, before a run of 92 in the second frame put him 2-0 ahead. O’Sullivan hit back in the third frame with the first century of the match, a contribution of 101, to move one behind Higgins, who was runner-up at the recent English and Northern Ireland Opens.

The last frame before the interval proved to be pivotal. O’Sullivan appeared to be in pole position, but Higgins hit back to take it on the black and head into the mid-session 3-1 ahead.

Scotland’s four-time World Champion Higgins had momentum on his side and continued his dominance after the interval with his first century of the tournament, a break of 127, to move three frames in front. He followed that up with a break of 94 to hammer home his dominance and get within a frame from victory at 5-1.

Higgins swiftly dealt the final blow in the following frame with a break of 63 to seal his place in the semi-finals, where he will face Masters champion Yan Bingtao.

“It was my night really. The fourth frame was massive. We’d done three one-visit frames, but then I managed to nick it to go 3-1 that was a big frame. I came in after the interval, I didn’t really miss much and I didn’t really give him a lot of chances. Although he missed a couple that’d he’d never normally miss. I am delighted with the way I hit the ball,” said Higgins.

“Yan is a brilliant young talent, brilliant young player and brilliant young champion. Already he’s already won some big events. I feel a little bit confident in my game and hopefully I will give him a good game on Saturday night. I think I am hitting it well. I was maybe a little too critical after my last final. Deep down you do wonder if you can get it over the line at the weekend. I would love to give myself another chance this weekend.”

Higgins has won the Cazoo Champion of Champions before in 2016 and has eyes on a second title: “It would feel amazing to win it. The calibre of players that we have here is the best of the best. If you can win an event like this, it’s a big feather in your cap.”

Tomorrow evening sees the first semi-final take place from 6:45 pm as World No.2 Judd Trump takes on World No.5 Kyren Wilson for a spot in the 2021 Cazoo Champion of Champions final.

See where you can watch in your country right here.

Secure your tickets for the semi-finals here.