Ronnie O'Sullivan is the biggest name in snooker, with the Englishman becoming increasingly honest about his thoughts on the sport as the years go by.

He has been open in his criticism of many aspects of the game, something he believes will need to change if it is to thrive in the long-term. That includes last year, when he encouraged parents not to allow their children to pursue a career in snooker as it can be 'a waste of a life' if you're not one of the very elite players in the sport.

These comments have not gone down well with some, including world no. 18 Hossein Vafaei.

Vafaei will became the first Iranian to ever qualify for the World Championships later this week, being reminded of O'Sullivan's past remarks when asked him reaching the event. He certainly took exception to the comments, saying that 'The Rocket' should retire if he holds so much contempt for professional snooker.

That was very bad words, very bad for our sport. Listen, he doesn’t need to remind us he’s won 20 major tournaments. I think someone who is beside him should remind him that he is Ronnie O’Sullivan.

I don’t want to get involved in that kind of conversation really. I like him a lot, I am his fan, I love what he does but sometimes he’s disrespectful, he’s not good for the game.

What has he done for us?

Ronnie O'Sullivan will be aiming to win his seventh world title in the weeks ahead, a tally that would bring him level with Stephen Hendry as the most victories in the history of the sport.

SEE ALSO: Ronnie O'Sullivan Admits He Doesn't View Himself As The Greatest Of All-Time 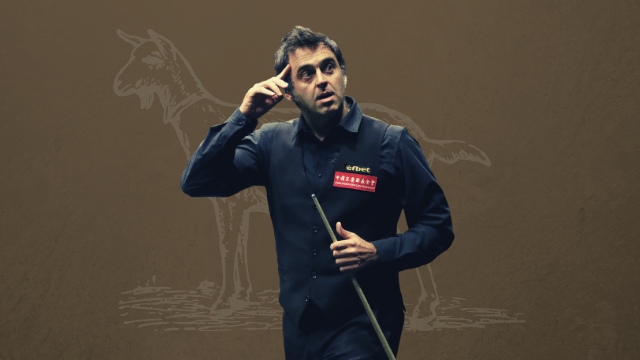