The World Professional Billiards and Snooker Association (WPBSA) has today announced the 16 amateur qualifiers who will be offered the chance to compete at next month’s Betfred World Snooker Championship in Sheffield. 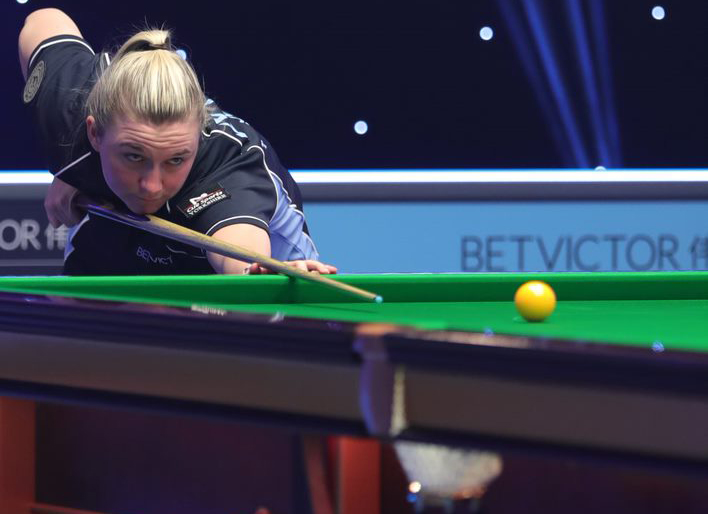 Rebecca Kenna will make her debut in the Betfred World Championship, having played in the Shoot Out last month

To be held at the English Institute of Sport from 5-14 April 2021, the qualifying rounds for this year’s Betfred World Championship will be contested by a field of 128 players, including up to 112 main tour players not ranked inside of the world’s top 16 following the Cazoo Tour Championship.

They will be joined by 16 elite amateur players selected by the WPBSA, based on their performances at recognised international competitions held this season. Where tournaments have not been held due to coronavirus restrictions, results from the previous year’s tournaments have been considered.

As in 2020, player availability and international travel restrictions have played a significant part in the qualification criteria, in addition to providing opportunities for aspiring junior players to gain experience at the very highest level.

All players selected will appear subject to acceptance of their place and any travel restrictions in place. Any replacement players will be selected from a reserve list to include performances at World Snooker Federation and recognised regional events. Robbie McGuigan has already been included from this list in place of Omar Alajiani of Saudi Arabia.

Any current professional players who do not enter the tournament will be replaced from the 2020 Q School Order of Merit.

All ten days will be covered on the Eurosport App, with commentary throughout Europe, plus our partners in the People’s Republic of China – Youku, Zhibo.tv, Migu, Kuaishou and Huya – and Matchroom.Live throughout the rest of the world. O’Sullivan Stays In Touch With Selby