WST’s Facebook Page has reached a landmark of one million followers. The milestone was passed this week, after unprecedented growth over the past year. 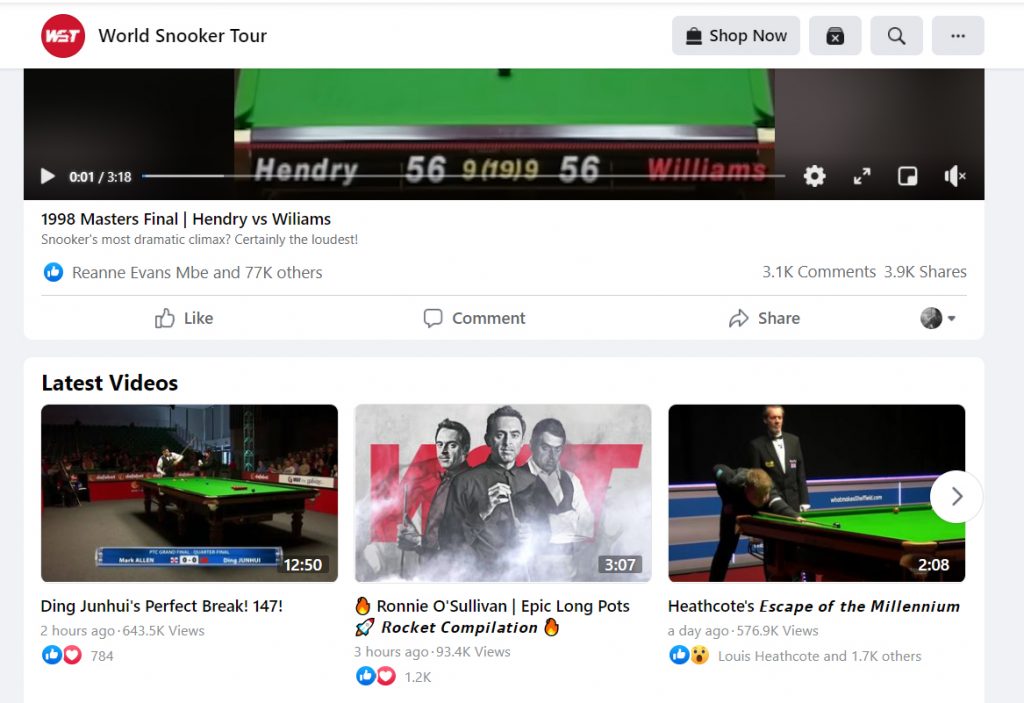 The page has fans from over 150 countries across the planet, representing snooker’s progress as a global sport. From 668,000 a year ago, the number of followers has now hit seven figures.

Pakistan has the highest number of fans, followed by India, UK, Thailand, Malaysia, Myanmar, Morocco, USA, Brazil and Iraq. WST Facebook has reached 69.5 million individual fans over the past year, and in the five months of 2021 so far, the page has 179 million video views.

WST Head of Media Ivan Hirschowitz said: “This is a significant landmark for us as it reflects our rapid growth in the digital world in recent years. To have a million followers across the globe on Facebook alone is fantastic and we’d like to thank all of those fans for their support of snooker.

“We have tried to provide them with an engaging mixture of content including classic archive footage and the big moments from current tournaments. With restrictions eased we are now focused on bringing back our popular Baize Watch magazine show, including features with star players.

“To have double the numbers of followers of European Tour Golf, and more than several Premier League football teams, is indicative of the quality of our output and the universal popularity of snooker.

“We’re particularly excited to see rapid growth in our following from countries such India, Pakistan and Thailand. This contributes towards the overall development of snooker internationally as we seek to bring our incredible sport to every corner of the globe.”