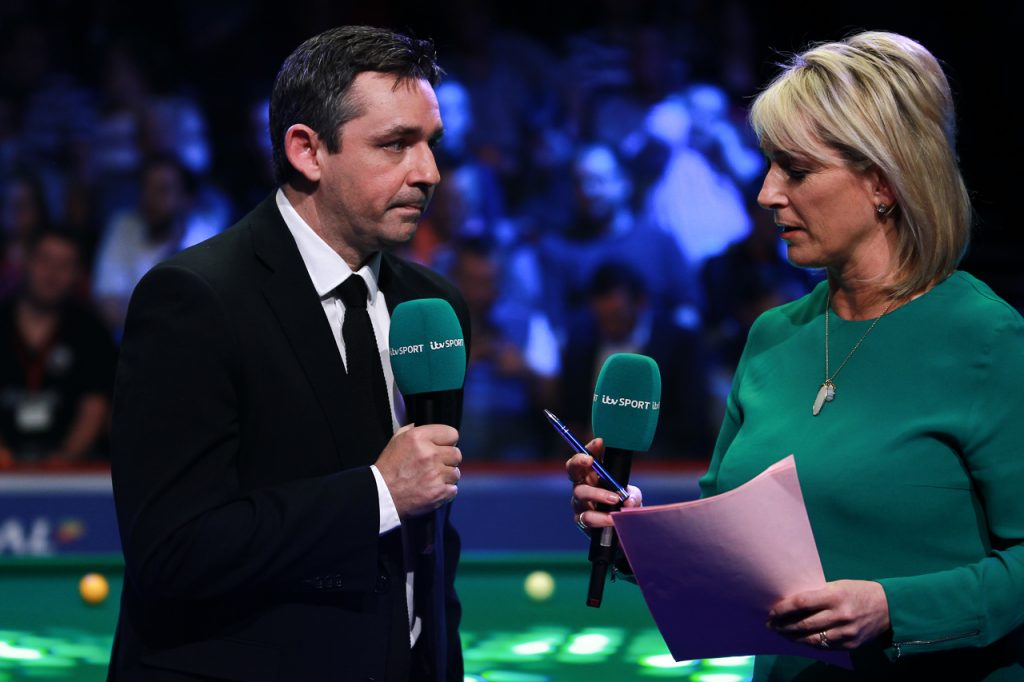 ITV will continue to televise five events on the World Snooker Tour for at least the next two years following a significant new agreement.

The deal will see the Champion of Champions, World Grand Prix, Players Championship, Tour Championship and British Open broadcast by ITV until at least 2024.

This ensures that these prestigious events will continue to be broadcast on free-to-air television to millions of fans in the UK, who will be able to see the sport’s greatest names competing for some of snooker’s most coveted titles.

The Cazoo Champion of Champions has been running since 2013 and is promoted by Matchroom Multi Sport.  Tournament winners over the previous 12 months come together to battle for one of the sport’s most prestigious invitation titles.

The World Grand Prix features only the top 32 players on the one-year ranking list. Only the top 16 go through to the Players Championship then only the elite top eight qualify for the Tour Championship. The Cazoo British Open, recently won by Ryan Day, starts with 128 players and features a random draw for every round.

WST Chairman Steve Dawson said: “This new agreement with ITV is fantastic news for the sport, the players and most important the British fans, who will be able to watch these huge events on a free-to-air channel until at least the end of 2024. Each tournament has its own identity and they have all become outstanding events on our global calendar.

“We are delighted to extend our relationship with ITV who have been a great partner for many years. Their viewing figures for snooker are consistently excellent, and that is due to the exceptional quality of their coverage as well as the perpetual popularity of our sport as a viewing experience. We look forward to working with the ITV team for another two years and beyond.”

Emily Frazer, Managing Director of Matchroom Multi-Sport, said: “The Champion of Champions has a burgeoning reputation as one of the most prestigious events on the calendar and we’re delighted to have the continued support of ITV which keeps this event on free-to-air TV in the UK. We’re excited to see where we push the tournament year on year as we continue to see a huge appetite from the fans to see the 16 champions from the last 12 months battle it out to be the ultimate Champion of Champions.”