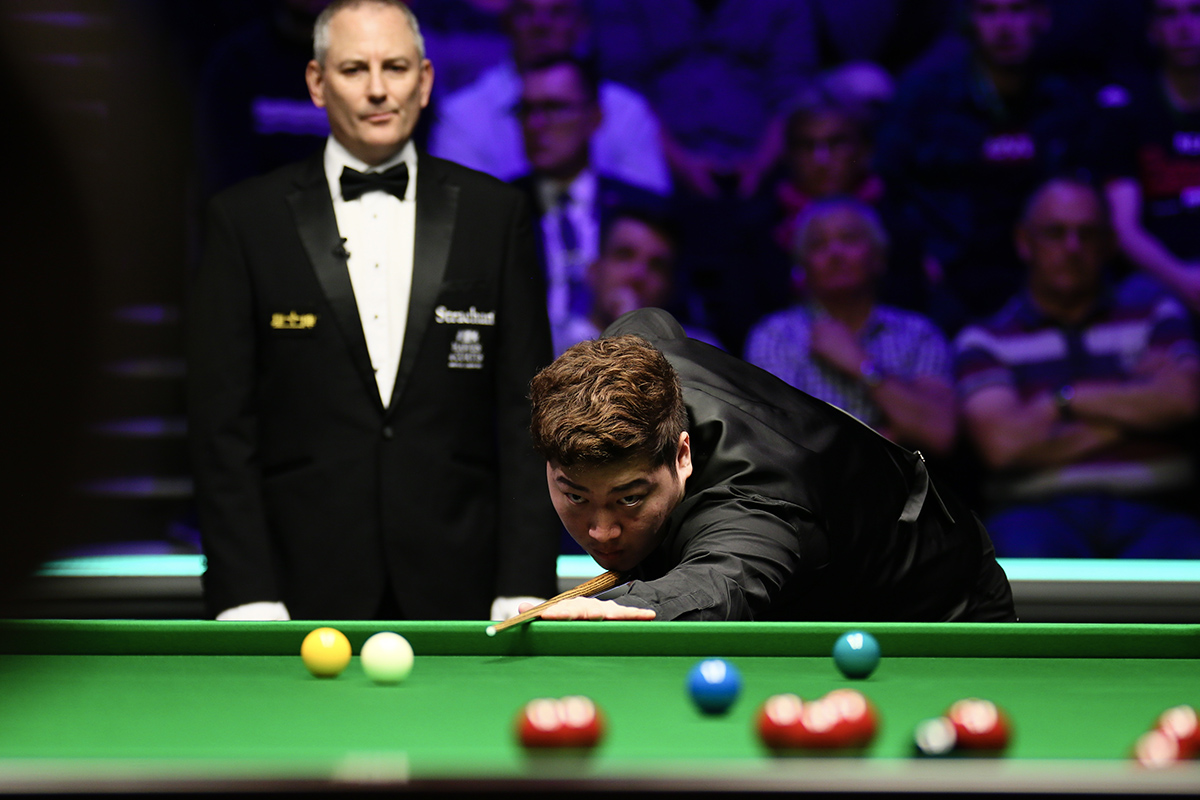 Yan Bingtao has enjoyed a fine season, securing his place in the top eight of the one-year list and qualifying for next week’s elite Coral Tour Championship in Milton Keynes.

The 20-year-old Chinese star will face three-time World Champion Mark Selby in the first round on Monday. On his way to qualifying, he sealed a maiden ranking title in the season opening Riga Masters last July, beating Mark Joyce 5-2 in the final. Yan was also runner-up in the most recent Coral Series event, the Players Championship in Southport, losing out 10-4 to Judd Trump in the final.

We’ve caught up with Yan, who elected to remain in Sheffield during the coronavirus pandemic, to find out how he has been dealing with lockdown and to look ahead to his clash with Selby…

“I haven’t done a lot during lockdown. I’ve been playing quite a lot computer games, watching a few films and sometimes watching videos of my own snooker matches!”

How pleased are you to have decided to stay in Sheffield, especially given the difficulties Ding has had returning from China, which have caused him to withdraw from this event?

“I feel quite lucky, if I went to China then I would not be able to play at the Tour Championship and possibly not even the World Championship. These are most important events, so I feel I made right decision not going back to China.”

How much did you learn from the experience of reaching the final at the Players Championship and facing Judd Trump?

“The final against Judd meant a lot for me. It was such a big event and I got to face the best player at the moment. I got to see the gap between myself and Judd. It was a good experience, because I’ve never played a match of that importance against someone like Judd. It is important to get used to being in finals, I am always learning from the best and hopefully I can improve myself in the near future.”

You didn’t play in the recent Championship League, which Mark Selby did, does that give him an advantage in your upcoming match?

“Mark is like Ronnie O’Sullivan, Judd Trump and John Higgins, these kind of players are always very difficult to beat in any match.  I’ve played against Mark before and he always controls the pace. His safety and attacking play are all really good and he has a good mindset. Having played in the Championship League, he will feel more used to the venue than me. It will be a difficult match, but I will just try to enjoy it. I just feel lucky to have a snooker event on during the pandemic. I’m not thinking win or lose, I just want to learn and improve.”