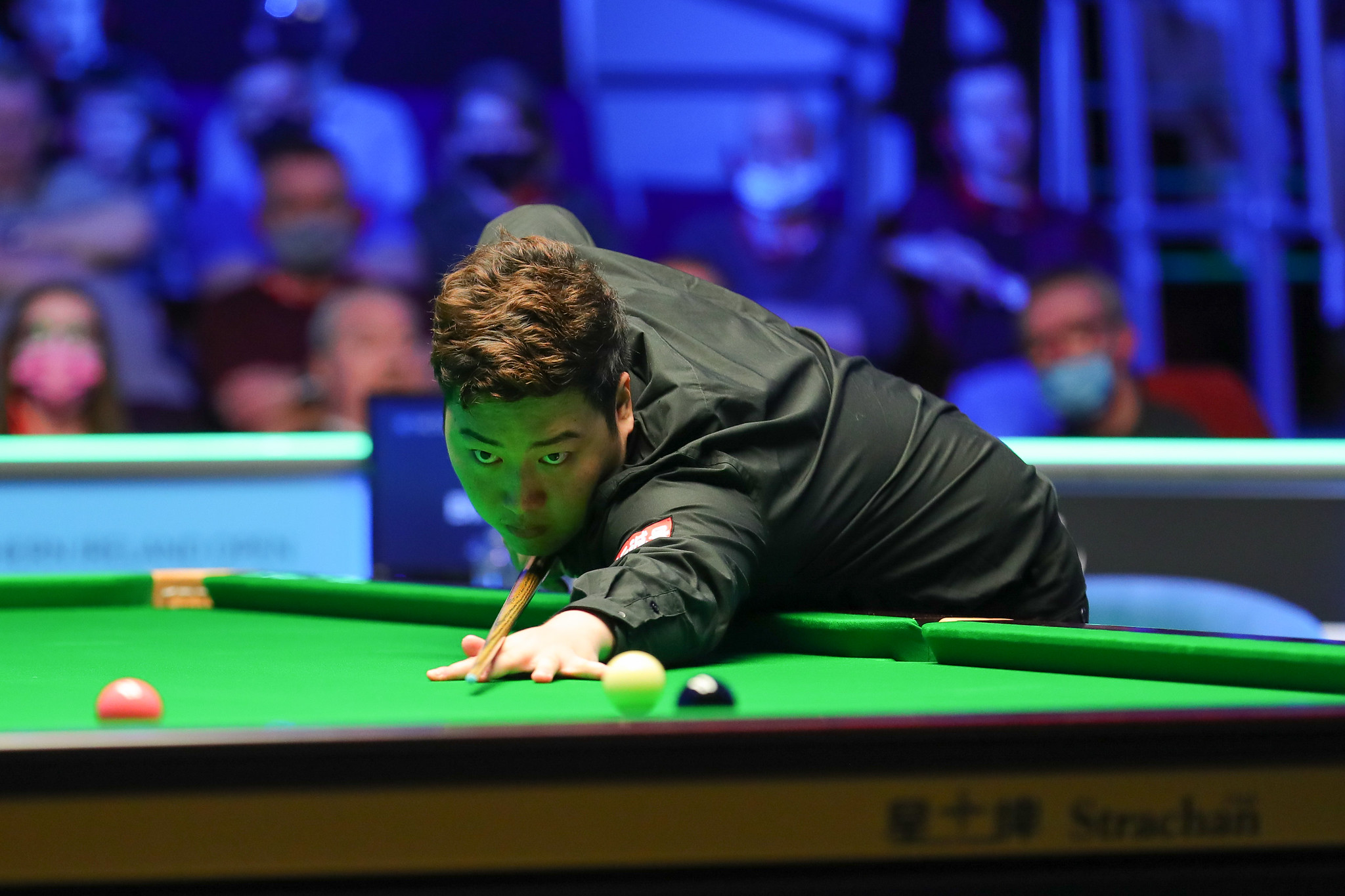 Yan Bingtao is the third player into the 2021 Cazoo Champion of Champions semi-finals after defeating Mark Selby 6-3 in a dramatic Group 2 Final in Bolton.

World Champion Selby faced David Gilbert in his opening round tie and he had it all to do when he found himself trailing 3-1. The Jester from Leicester can never be counted out though and he took the fifth, before firing in a break of 131 to force the first decider of the week. He sealed victory in the final frame with a nerveless 72.

Yan came up against Shaun Murphy, who he met for the first time in this event six years ago. On that occasion it was Yan who secured victory and it was no different this time around. Masters champion Yan produced some heavy scoring, including breaks of 88, 78 and 96, to run out a 4-1 victor.

The evening began with Yan taking a scrappy opening frame, before Selby fired back in the second with a break of 68 to draw level at 1-1.

Selby was on the hunt for his first Cazoo Champion of Champions title and found himself behind again after the third with a clearance of 47 from Yan taking him into a 2-1 lead. However, the pair went into the mid-session all square after Selby fired in a fine run of 78 to make it 2-2.

When play resumed Yan edged in front by taking the fifth with a break of 76. He then put daylight between himself and Selby by winning the sixth to secure a two-frame cushion at 4-2.

A total clearance of 132 kept Selby firmly on Yan’s heels and closed the gap to a solitary frame, but it was the Chinese cueman who took control of the tie from then on. He produced a sublime break of 140 to move a frame from victory and got over the line with a contribution of 78.

“I think it’s okay, I do not care, I just enjoy the match. I think I would like to play Ronnie O’Sullivan in the semi-final. Every time you play Ronnie, he is very different. You come here and you need to win by beating champions to win the title.” said Yan.

Tomorrow sees O’Sullivan, John Higgins, Ding Junhui and Stuart Bingham complete the group stage of the 2021 Cazoo Champion of Champions with O’Sullivan against Bingham getting things underway from 12:45 live on ITV4 followed by Higgins against Ding.

See where you can watch in your country right here.

Secure your tickets for the semi-finals here.