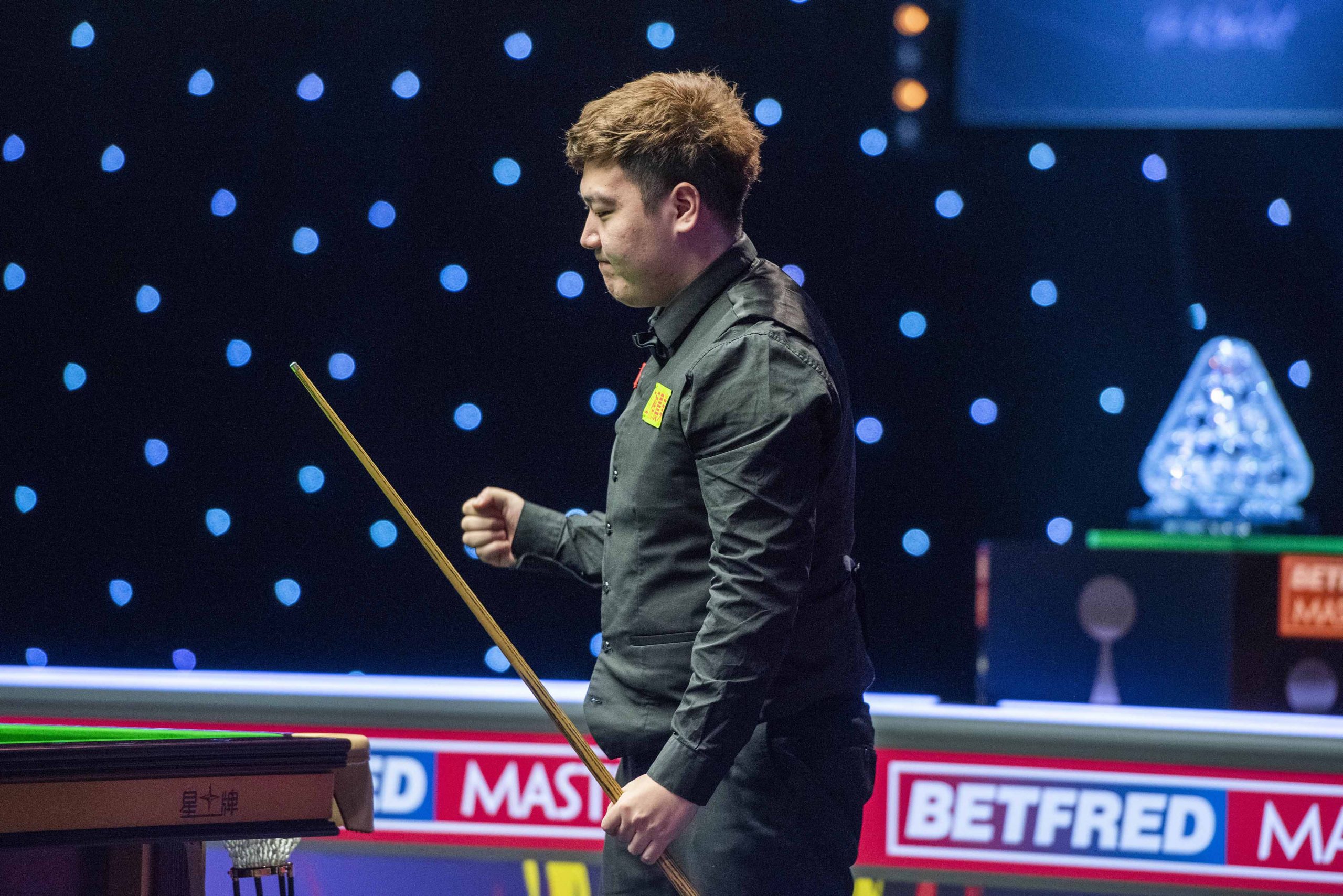 Debutant Yan becomes the youngest winner of the Masters since Ronnie O’Sullivan claimed the title at the age of 19 in 1995. He’s only the second Asian player, after compatriot Ding Junhui, to lift Triple Crown silverware.

The prodigious talent has shown considerable mental toughness this week. Yan defeated Neil Robertson, Stephen Maguire and Stuart Bingham, all by 6-5 scorelines, to clinch his place in the final.

World number 11 Yan rose to prominence as a 15-year-old, by winning the World Cup for China alongside Zhou Yuelong, beating a Scotland team of Higgins and Maguire in the final. He won his maiden ranking title at the 2019 Riga Masters and has since earned his place in the top 16 to appear at the Masters for the first time.

In lifting the Paul Hunter Trophy and securing the £250,000 top prize, Yan has secured the biggest payday of his fledgling career. Higgins will have to settle for the £100,000 runner-up prize, he also pockets £15,000 for the high break of 145, which he made in his quarter-final win over Ronnie O’Sullivan.

Higgins’ ten-year wait for a first Triple Crown title since the 2011 World Championship goes on. The Scot last won the Masters in 2006, when he defeated Ronnie O’Sullivan 10-9 in an epic final.

Higgins secured a 5-3 advantage from this afternoon’s opening session and he looked set to take the opener tonight. However, he missed a red at 67-0 up, with just 67 left on the table. Yan stepped up and produced a phenomenal clearance of 67 to force a re-spot, which he won to make it 5-4.

Higgins also led in the tenth frame, after establishing a 31-0 advantage. A missed yellow allowed Yan in again and he cleared with 76 to draw level at 5-5.

It was roles reversed in the following frame. Yan led 51-0 before Higgins composed a run of 74 to stop the rot. Higgins then made a break of 116, the first century of the match, to lead 7-5 at the mid-session.

When they returned, Yan edged a dramatic 13th frame. It went all the way down to the black, with Higgins narrowly missing a double to the baulk corner. Yan deposited it and clawed within a frame at 7-6. He then fired in a superb run of 103 to draw level once more. 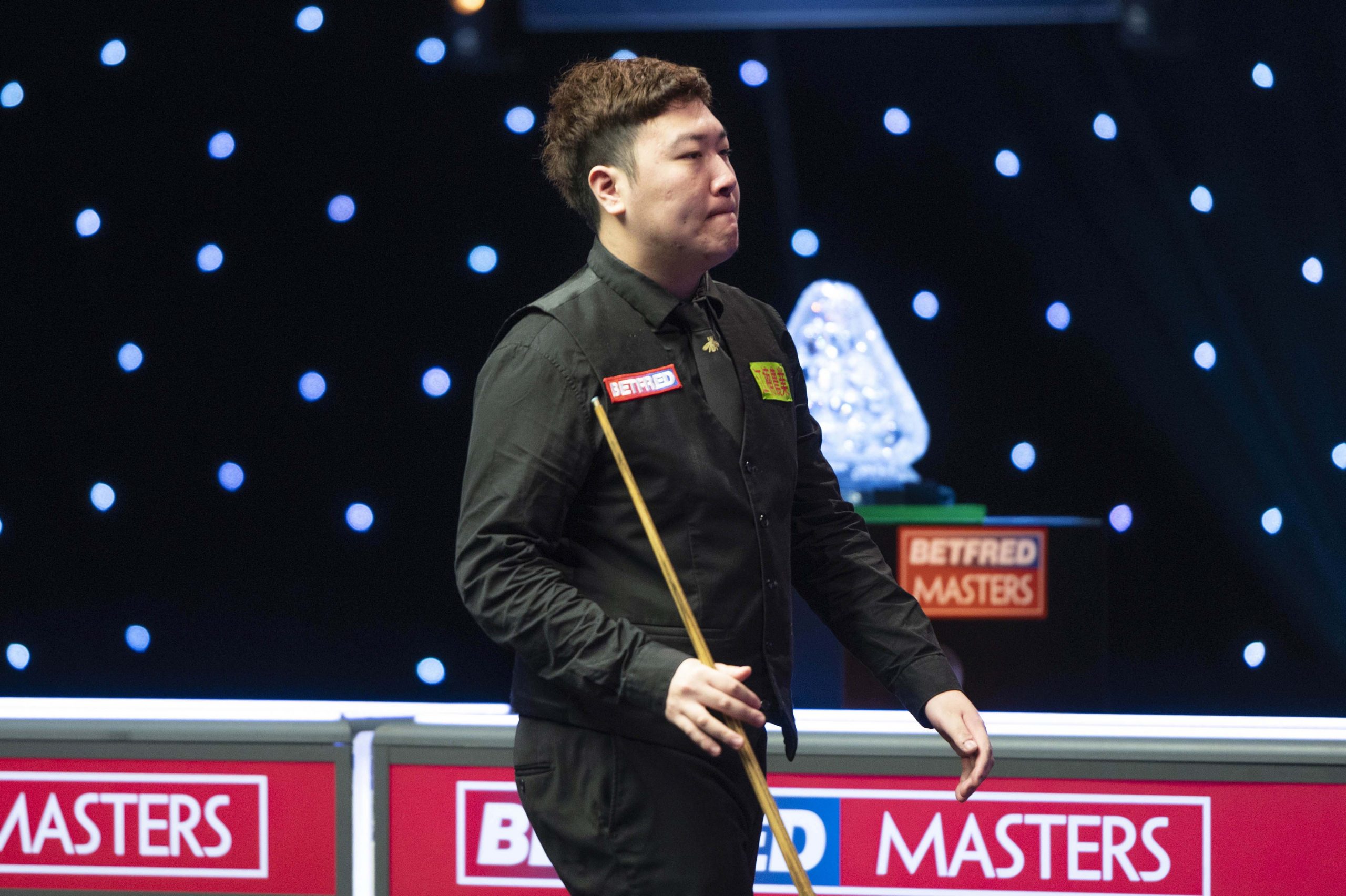 Yan took to the front by clearing from blue to the black to take a tense 15th frame and go 8-7 ahead. However, Higgins refused to wilt and crafted a gutsy break of 63 to make it 8-8.

Both players spurned opportunities in the 17th frame, with Yan eventually pouncing with a contribution of 70, to move one from glory at 9-8. He then made a break of 64 in the following frame to leave Higgins needing snookers to keep his chances alive. After an extended period of safety Yan got himself over the line for the momentous victory.

“After watching John’s previous game against Ronnie, he looked like he was in his peak. I felt very tired in the last moments tonight,” said Chinese number two Yan. “My heart was beating out on the last red, I was so close to the winning line and he kept fighting. That was the moment that I felt the most pressure.

“I just told myself to keep working and not give up. I controlled the cue ball. I just slowly finished the last three or four balls after potting the red.

“My mum and dad were watching on TV. They probably didn’t sleep tonight. They have always told me to never give up and to enjoy my life.”

Higgins said: “It is incredible for someone so young. He just goes about his business. He is like a one off, the way he patrols about the table and you can’t fluster him at all. It is a great achievement winning the Masters at 20 years old. The sky is the limit for him.”