Tour rookie Dean Young reached the last 16 of a ranking event for the first time thanks to victory over BetVictor Shoot Out specialist Michael Holt in Leicester.

Scotland’s Young, age 20, hadn’t won a match this season before this week, but now has three victories under his belt. And with breaks of 32 and 56 he easily beat Holt, who has won more matches in this event than any other player.

“I feel very comfortable out there and if I can keep going like that, then who knows,” said Young. “It’s a great buzz playing in front of that crowd. It’s amazing to know I can produce good snooker in front of the TV cameras. This gives me something to build on for the rest of the season.”

Daniel Womersley, who was only handed a place in the event on Thursday when David Grace pulled out due to a positive Covid test, is also set for his first appearance in the last 16 of a ranking event as he beat Liam Highfield. Two other amateurs, Billy Castle and Michael Georgiou, are also into round four.

This event has never been won a player ranked inside the world’s top 16 but Mark Williams and Mark Allen could break that sequence tonight. Williams made a break of 69 to beat Aaron Hill while Allen’s run of 48 helped him beat Jak Jones. World number one Mark Selby was knocked out by Robbie Williams. 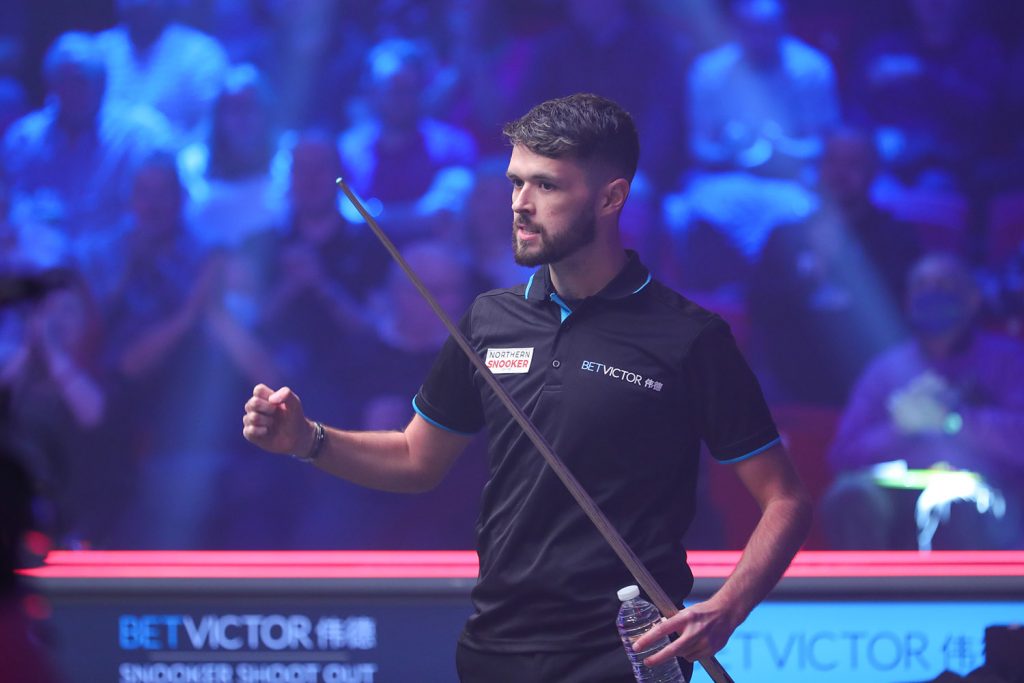 Lukas Kleckers came through a blue ball shoot out on Saturday and was involved in another close match in round three but this time finished second best to Castle. With 30 seconds to go, Kleckers trailed 26-20 and was faced with a mid-range red, and had the black hanging over another pocket. But he failed to pot the red and his chance was gone.

Oliver Lines came from 31-0 down to beat Stuart Bingham with a break of 51. Bingham had a late chance to snatch it but missed the final green when he trailed by 13 points with 35 seconds to go.