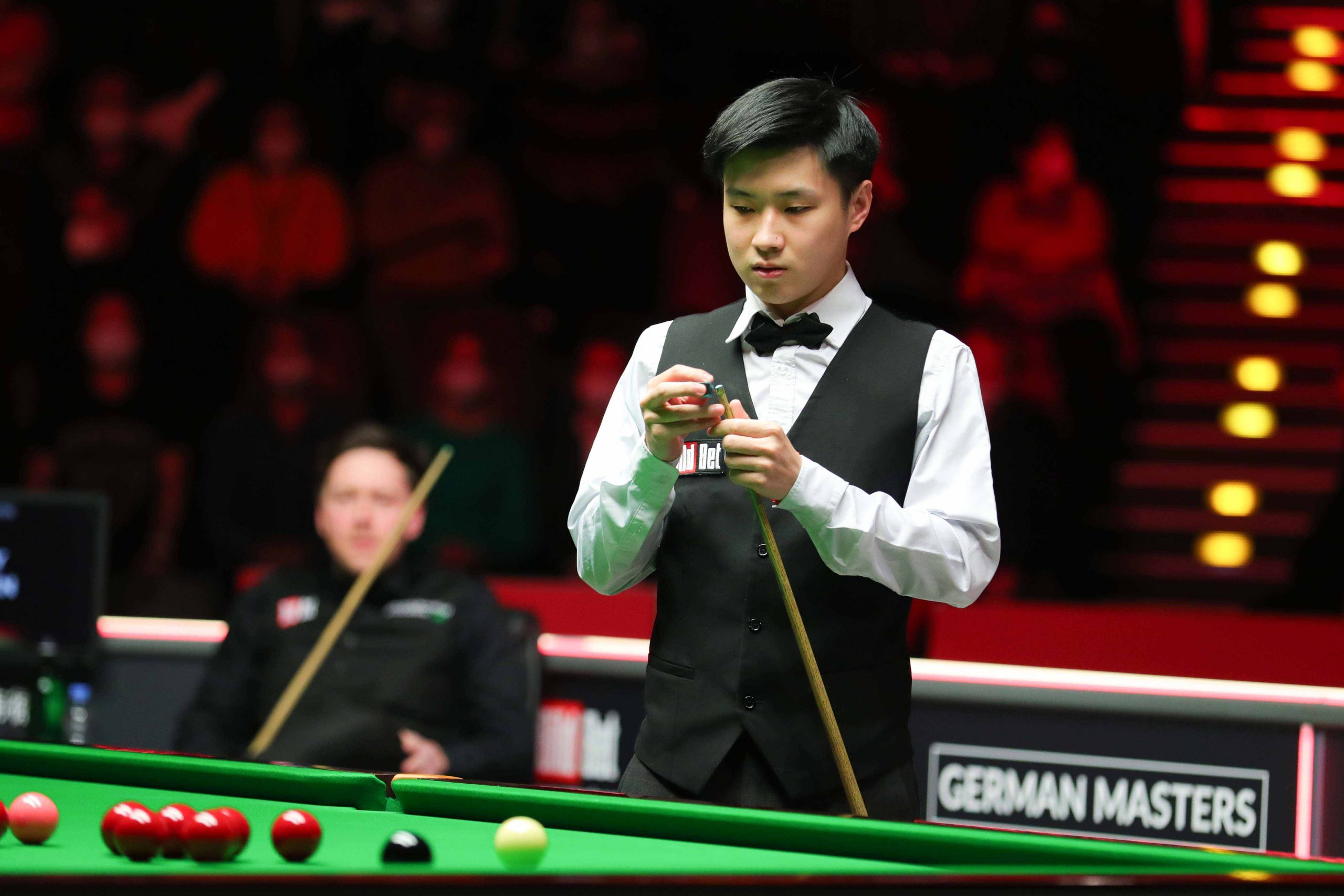 World number nine Zhao Xintong came from behind to beat Ricky Walden 6-3 and reach the second ranking final of his career, at the BildBet German Masters in Berlin.

China’s Zhao has undergone a sharp ascension to the very top of the sport this season. Victory at the UK Championship saw him land a first ranking and Triple Crown title in December. The 24-year-old beat Belgian Luca Brecel in York to scoop the £200,000 top prize.

That came despite the fact his career was on the line just four years ago, when he was relegated from the professional circuit. He needed to come through Q School to regain his place and is only now showing the scope of his vast potential.

Walden will be disappointed to let a 3-1 advantage slip from his grasp this afternoon, but can take solace from the fact he has comfortably qualified for the upcoming Players Championship. The elite event is reserved for only the top 16 players on this season’s one-year money list.

The Chester cueman also made the last four of the BetVictor Northern Ireland Open earlier in the campaign and has enjoyed a strong season thus far. Walden, a winner of three ranking titles, now appears to be reproducing his form from earlier in his career. He endured a barren spell on the baize after suffering back problems between 2016 and 2017.

Zhao will now face either Mark Allen or compatriot Yan Bingtao in tomorrow’s final over the best of 19 frames, with the Brandon Parker Trophy on the line.

It was Walden who made the early running this afternoon. He took the opening two frames, before Zhao compiled a run of 78 to pull within one at 2-1.

The last frame before the mid-session saw Zhao establish a 51-0 lead, before missing a pink to the middle. Walden pounced with 66 to head into the interval 3-1 ahead.

A crucial frame followed when play resumed, with Walden looking likely to establish a four frame cushion. He was in prime position, requiring just green and yellow, but a poor positional shot left himself a tricky frame ball. Walden spurned the green and allowed Zhao to steal on the black and make it 3-2.

Zhao showed no mercy in his punishment of the Walden error. The Cyclone surged to make it five on the bounce, including breaks of 65, 72 and 100, to wrap up the 6-3 win and book his place in the title match. 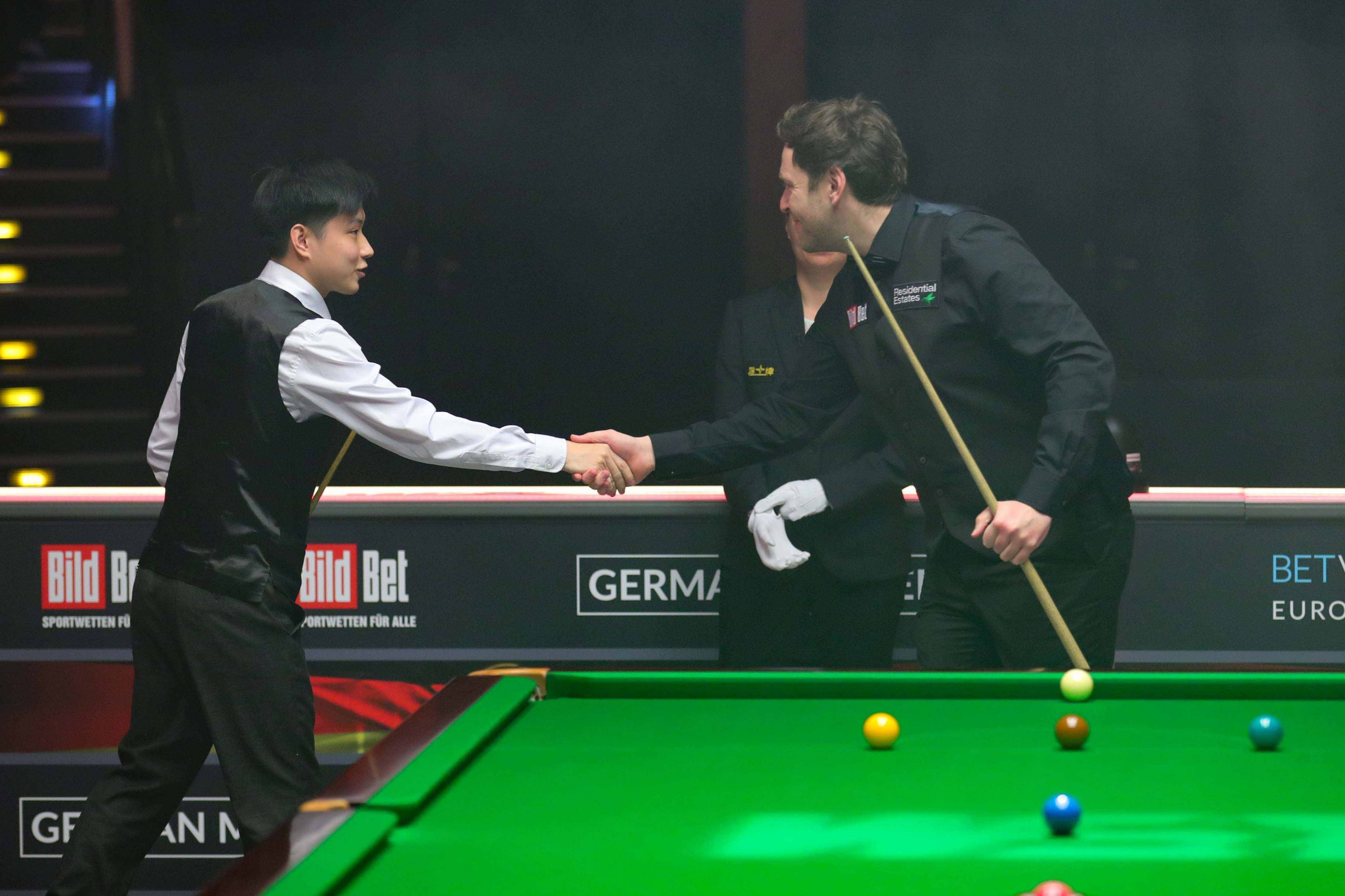 “I liked it today. It is such a beautiful venue and there were lots of beautiful fans in there. I liked it, but it did put a bit of pressure on me.”

Walden said: “If you pass up opportunities at this level it does seem to come back to bite you and losing that fifth frame was a bit of a body blow.

“I think I have to look at it logically. If I could have five shots again in that game and I would probably win it. The balls don’t forgive you and the standard is too high. You get beat comfortably if you make those mistakes.

“Winning events allows you to free roll. You can play shots that are more care free. It is different when you aren’t chasing rankings. It is a totally different way to come at it. He is playing great stuff and he has a great future ahead of him as well.”