Zhao Floored In First Round In York

World number 47 Sam Craigie scored a shock 6-2 win over Zhao Xintong in York as the defending champion fell at the first hurdle of the Cazoo UK Championship. 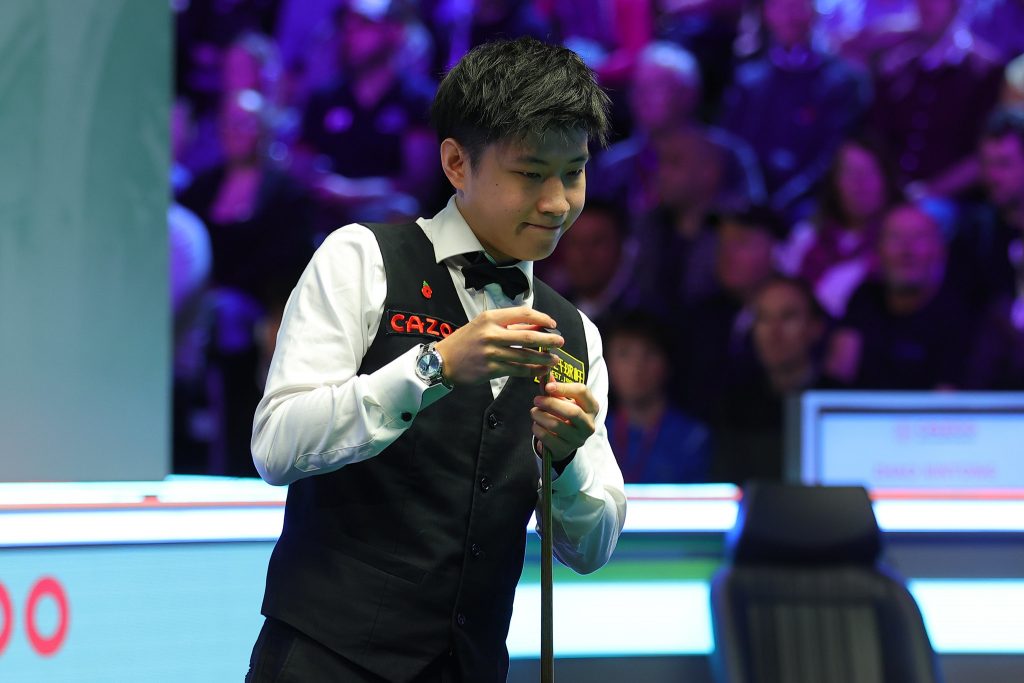 China’s Zhao beat Luca Brecel in the final at the Barbican last year, and soon afterwards won his second ranking title at the German Masters. But his form has been patchy since then – the 25-year-old has not been beyond the quarter-finals of a knockout ranking event since February.

Craigie won two qualifying matches to book his place in York, and today scored one of the best wins of his career in front of a sell-out crowd. The 29-year-old from Newcastle-Upon-Tyne is through to the last 16 of a ranking event for the sixth time in his career, and first time in a Triple Crown event.

A break of 83 in the opening frame settled Craigie into the match. Zhao took the next two, but Craigie then fired runs of 78 and 69 to go 3-2 ahead. World number eight Zhao had chances in the sixth but didn’t capitalise, and his opponent made a 36 clearance to double his lead.

Frame seven came down to a battle on the brown, and Zhao went in-off when attempting safety, which gifted the frame to Craigie. And another error from Zhao in the eighth, missing a red to a top corner, proved his final mistake as Craigie finished in style with a 104. He now faces Ryan Day or Jimmy White.

“It was a good performance,” said Craigie. “The crowd were absolutely phenomenal. I’ve never felt anything like that before. At the start everyone was behind Zhao, and it was midway through that it seemed to switch. I don’t know why but I’m not complaining. The first frame settled me down. If I hadn’t have started quick, he could have easily pumped me 6-0 and I could have been home by now.”

Craigie was watched by his partner and their daughter and added: “After you win it’s brilliant, giving them a hug. It’s the first time for my eldest daughter, and she’s been buzzing all day. I was struggling to prepare for the match and she was just buzzing. It’s nice to get the win for her. I’m going straight home now, I’ve been in a hotel for a week so I need to go home and get everything washed!”

Zhao said: “I couldn’t play well, I had pressure. Today is different, it’s my first time defending a title. I can’t say what happened. Maybe next time I can do it.”

On the other table, close friends Mark Allen and Jordan Brown embraced at the start and end of their first round content, but it was world number nine Allen who remains in York thanks to a 6-4 success. This was the first time that the Northern Irish duo had met in a professional tournament. 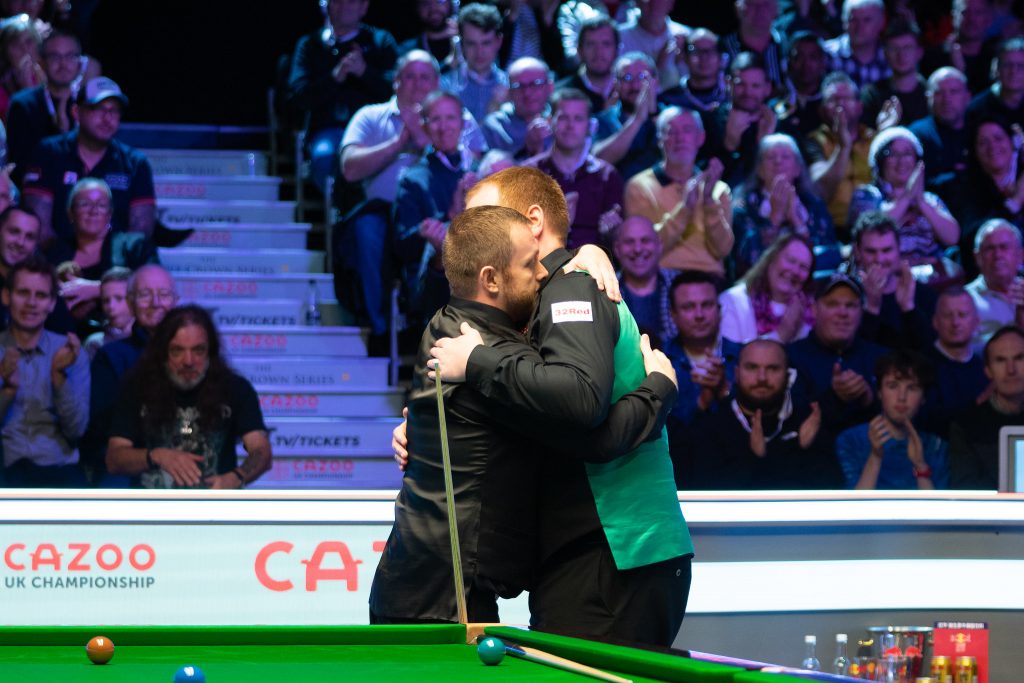 A warm embrace at the end of the match

Allen has been the player of the season so far having won the Northern Ireland Open as well as reaching the final of the Cazoo British Open, and he is clearly one of the favourites for the record £250,000 top prize over the coming nine days in York. His next opponent is Kyren Wilson or Matthew Selt.

The standard today was superb with two centuries and six more breaks over 50 in the ten frames. Brown made an 84 in taking an early 2-0 lead, but Allen recovered to win five of the next six frames with top runs of 68, 105, 113, 63 and 55. He could have wrapped up the result in frame nine but, after potting the last red, he missed a tricky brown to a centre pocket when he trailed by 29 points.

Brown closed to 5-4 then had a chance to set up a decider, but after making 21, a routine pink to a centre pocket hit the far jaw. Allen dominated the rest of the frame to seal his progress.

Allen said: “It was not a match I was looking forward to. As much as I try to block that out, try to do the right things, I was always conscious of it – that’s one of my best mates in the other seat. We’ve known each other since we were 12. So, I don’t get anywhere near the amount of enjoyment out of that that I would usually. But I’m very  happy to be in the next round. I thought he handled the early part of the match much better than I did, but as the match went on I felt like I held on a bit better than he did.

“I’d love to have to wait another four and half years to play him because I’m invested in Jordan, I want him to do well, I know his family, I know how much they’ve put in to his snooker. He’s someone I am an avid follower of, and a supporter of. And I know he’s the same with me, so, it’s just disappointing that we had to meet so early. It’d be lovely to meet in a final someday.”