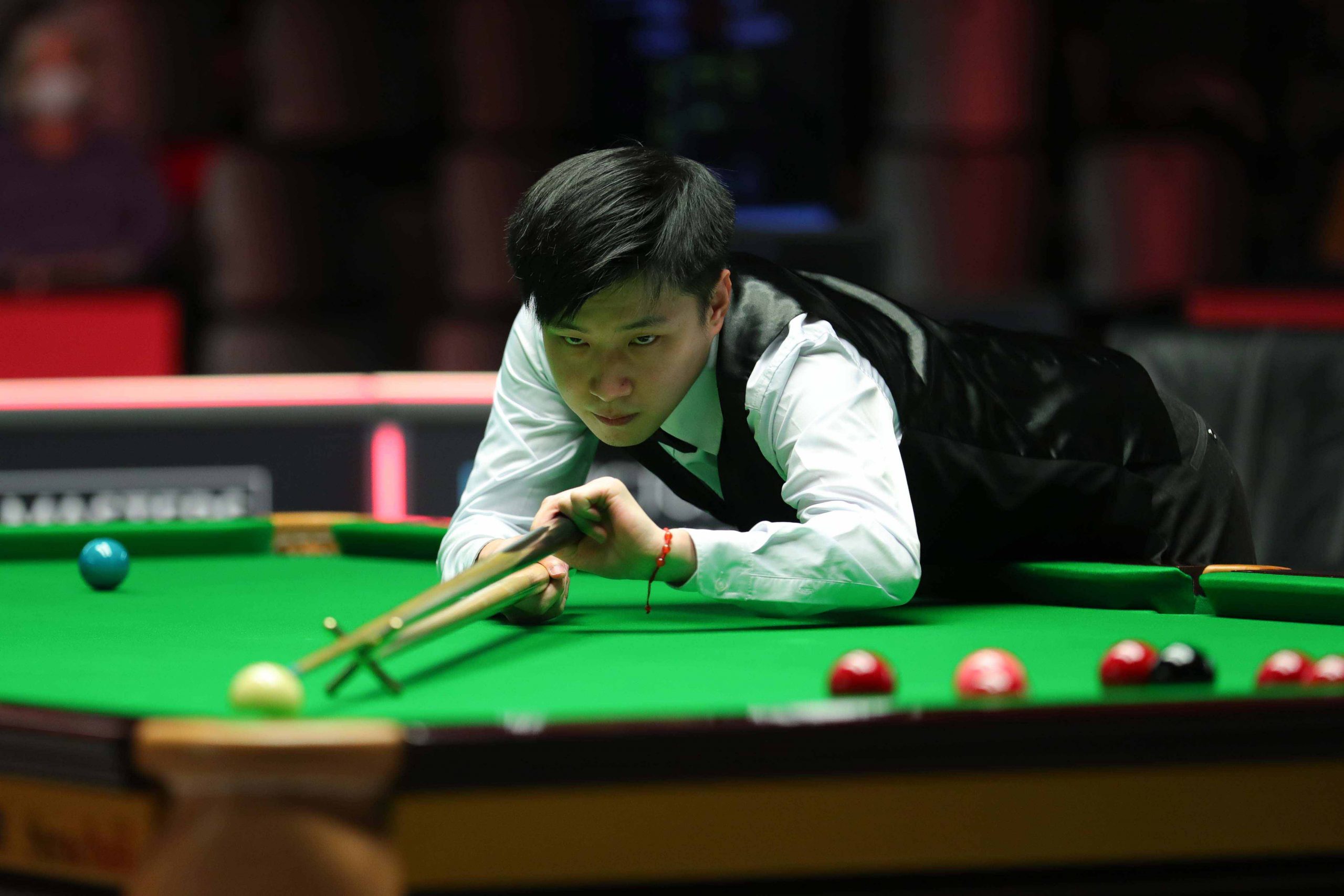 UK Champion Zhao Xintong put on an inspired display to beat Judd Trump for the first time in his career, easing through by a 5-1 scoreline at the BildBet German Masters in Berlin.

The only other previous meetings between the pair came at the 2018 English Open and the 2020 Championship League, with Trump getting the better of both encounters. Today’s win over Trump sees Zhao make the semi-finals of a ranking event for only the third time.

China’s Zhao has experienced rapid rise to the top of the sport this season. Just four years ago he was relegated from the circuit and forced to regain his place at 2018 Q School.

However, the 24-year-old sensationally captured maiden Triple Crown silverware at the UK Championship earlier in the campaign, beating Luca Brecel in the final.

Zhao had already been displaying signs of his best form this week after beating Mark Williams 5-3 and Tom Ford 5-1. Breaks of 57, 57, 59, 58, 52 and 84 saw the Cyclone speed to victory against 22-time ranking event winner Trump this evening. He now progresses to the single table semi-finals, where he will face Ricky Walden.

“It is amazing. I can’t believe it. When I got the last frame I didn’t think I’d won. I had to check it wasn’t a best of 11 game. I am very happy,” said world number nine Zhao. “Judd is the best player in the world, so this match is a big deal for me. I can have more confidence to win more matches now.

“Winning the UK Championship was very important for me. I think I’ve grown up and I’m playing better than last year. I am confident now and I believe that I can do it.

“I am so happy to be in the semi-finals in the best venue in the world. I hope that I can play well and I will enjoy it tomorrow.”

The Chester cueman has been enjoying a strong season and a return to form following several years plagued by back problems. He also reached the semi-finals at the BetVictor Northern Ireland Open earlier in the campaign. 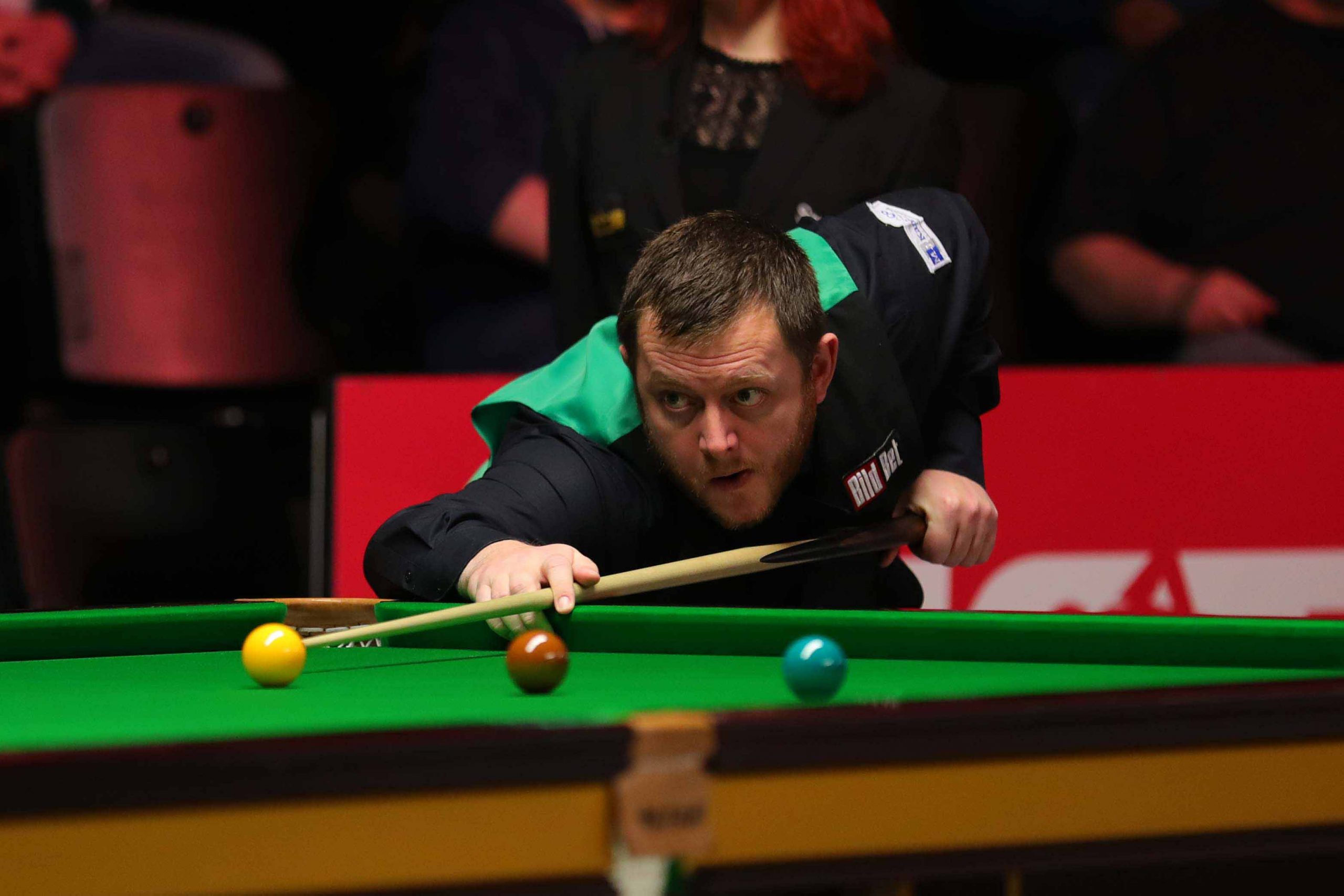 Mark Allen made the last four of the German Masters for the first time in his career with a quick-fire 5-0 whitewash win over Fan Zhengyi, who was competing in his maiden ranking quarter-final.

The Pistol had endured a torrid run of results in Berlin, having previously not won a match at the Tempodrom since 2015. However, wins over Lyu Haotian, close friend Shaun Murphy and today’s victory have rectified that.

Allen said: “I’ve heard so much about the one table setup and what the atmosphere is like here on Saturday and Sunday. I’m really excited to go out and experience that. Hopefully that will spur me on to do well but I came here to win the tournament.

“I want to play on the biggest stages against the best players. I’m sure a lot of guys will say the same things. It can either inspire you or make you crumble. I’ve crumbled a few times in the past but I’d like to think it has inspired me more often. The German crowd are so good and I’ve given them nothing the other times I’ve been in Berlin. It would be nice to give them something to shout about over the weekend.”

Yan came through two dramatic deciders today to book his place in the semi-finals. The former Masters champion defeated Mark Selby 5-4 this afternoon, having trailed 4-2. He was also 4-3 behind this evening against Ryan Day, but again showed his steel by taking the last two frames to run out a 5-4 victor.